Home Beauty Elaine Welteroth on the allure of success, the depth of burnout and... 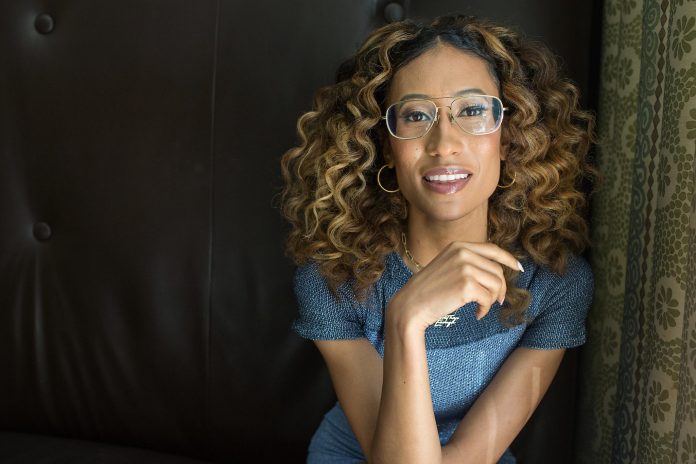 Elaine Welteroth has a request: Do I mind if she eats lunch while I interview her? Having read the chapter in her just-released memoir, “More Than Enough,” (Viking, 336 pages, $26) where Welteroth writes about the health consequences she suffered as a result of professional burnout during her tenure as the editor-in-chief of the magazine Teen Vogue, I encourage her to do so. For almost a year, Welteroth writes, she rarely had time to sit down and eat a full lunch, something she has since corrected.

Welteroth is just coming from a morning of interviews before her public conversation with her fiance, Jonathan Singlerary, at the Commonwealth Club in San Francisco that evening: Her signature crown of natural curls is the first thing I see when she enters the Taj Campton Place bistro. She wears a knit dress the shade of blue of her book cover, made by a fan who gave it to her at an earlier book event, complemented by her well-known aviator eyeglasses and white boots.

“There was a quote that writer Eve Ewing said when I was on a panel with her that I remember,” Welteroth says. “Eve said, ‘There is no glory in a grind that grinds you all the way down.’” That hit home for Welteroth, 32, and led to a personal re-evaluation. 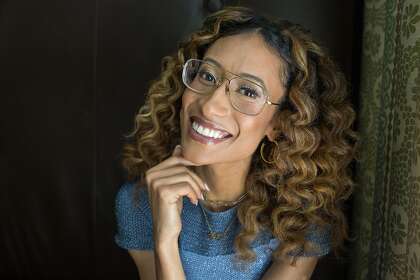 “In the earlier part of my 20s I was asked what my career motto was,” Welteroth says. “I had this ridiculous quote from ‘Crocodile Dundee’: ‘Bite off more than you can chew and chew as fast as you can.’ It was how I was able to be successful and climb the ladder, getting it done by any means necessary, doing more with less.”

Since leaving Teen Vogue in 2018, Welteroth has had time to reflect on the culture that helped shape her professionally. She knows firsthand how the glamorization of professional “hustle culture” can be toxic, and for all the advancements minorities have made in media in recent years, she’s frustrated by the many obstacles that remain. Welteroth wants to move past the Instagram-friendly, surface-level depictions that, she says, pass too often as storytelling in the digital age, starting with herself.

“I think what we leave out of the success stories are the most universal aspects of the journey,” she says. “It’s the stuff there’s a stigma around — talking about money, talking about advocating for yourself, complicated, messy personal relationships and how they intersect with your professional life, office politics. All these things are what we really need to be talking about if we want to arm the next generation with tools to go further than we ever could.

“I wanted to crack open some of these hard truths and offer my stories and experiences as just one blueprint.” 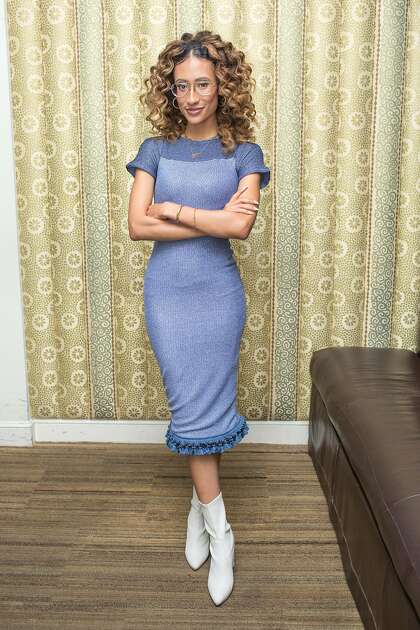 Welteroth, who grew up in the East Bay city of Newark, became one of the most famous leaders of the great “awoken-ing” of many lifestyle magazines that began during the contentious 2016 presidential campaign. She was only the second African American editor-in-chief at Condé Nast, the publishing company, and the youngest person to hold the title. Under her editorial vision, Teen Vogue went from publishing stories primarily about fashion and beauty trends to being an active voice of resistance to the policies of the Trump administration. Stories from Welteroth’s era at the magazine included discussions of cultural appropriation, profiles of feminist leaders (including an issue guest-edited by Hillary Clinton) and the biggest viral story in the magazine’s history: Lauren Duca’s “Donald Trump Is Gaslighting America.”

Welteroth then surprised many by leaving the magazine, and parent company Condé Nast in 2018, after it was announced that the company was shuttering Teen Vogue’s print editions in 2017.

“It wasn’t just leaving a seat at the table I had been working for,” says Welteroth of her decision. “I was at the head of that table.”

The projects she’s undertaken since leaving the magazine world — finishing “More Than Enough,” writing an episode of the television series “Grown-ish” and taking a producing and judging role on the relaunched fashion competition series “Project Runway”— are about building her own table.

The issues that were front and center at Welteroth’s Teen Vogue are also central in her book. “More Than Enough” is candid but also empathetic in its human-scale telling. Her stories of being “the one” or “the first” in many of the rooms she sat in ring true for many people, she says, beyond just women and the African American community.

“The experiences of marginalized people mirror each other,” she says. “When we see one of us winning or speaking truth to power, telling our collective story, there’s enthusiasm around it.”

One of the book’s topics sure to be hotly discussed is Welteroth’s descriptions of the beginning and end of her tenure as editor-in-chief at Teen Vogue: The haste with which she was told she had to agree to her promotion from beauty editor to the chief role before it was publicly announced felt like “railroading” she writes, and her ability to negotiate her new salary was contentious at first. The public picture being presented of Welteroth as a historic first at the helm of the magazine wasn’t the complete one: In reality, Teen Vogue had a trifecta of leadership of which she was a part. When it was announced in November 2017 that the magazine would cease to be a print publication (it has since moved entirely online) Condé Nast wanted to keep her on in a new position, one she eventually declined.

“I just laid out the facts stripped of emotion,” Welteroth says. “I set out on this book writing adventure to tell the truth, not to mask, not to inflate, just to lay bare the truth. I believe that when women tell the truth we wake up the truth in other women.”

Welteroth says the professional experiences she writes about concerning pay inequity, work-life balance and being a minority in the workplace have resonated with audiences on her book tour.

“This happens every day to lots of different kinds of people in different industries, it’s not just the media world,” she says. The book, “is not an indictment of any industry. It’s a reality of the work world today. When you are a young person climbing the ranks, a person of color — look at the stats, we can see the discrepancies in the pay. We speak about the pay gap in platitudes and that’s where the conversation ends. We don’t relay anecdotes about how it happens, what it looks like, who it happens to.” 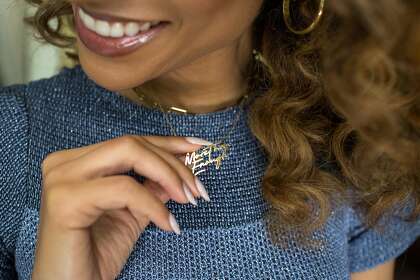 Welteroth believes in the necessity of mentors for the success of underrepresented minorities, professionally and personally. As a child in Newark, she thought of “Auntie Oprah” as among her first mentors, given “how extraordinary it was to see a powerful black woman on TV every day.” She counts former Ebony editor-in-chief Harriette Cole and filmmaker Ava DuVernay (who wrote the forward to the book) as real-life mentors. She hopes “More Than Enough” might be a kind of mentorship tool in a world where direct, in-person mentorship isn’t always possible.

“If you can’t see it, you can’t be it,” Welteroth says. “I don’t want to be a trail blazer unless I’m leaving signposts along the way that make that trail easier to navigate, less confusing and daunting and isolating than it was for me.”

Puka shell necklaces are back, thanks to VSCO girls and nostalgia

An Ode To Fashion’s Most Faultless & Seductive Shade