Home Beauty The age of the influencer 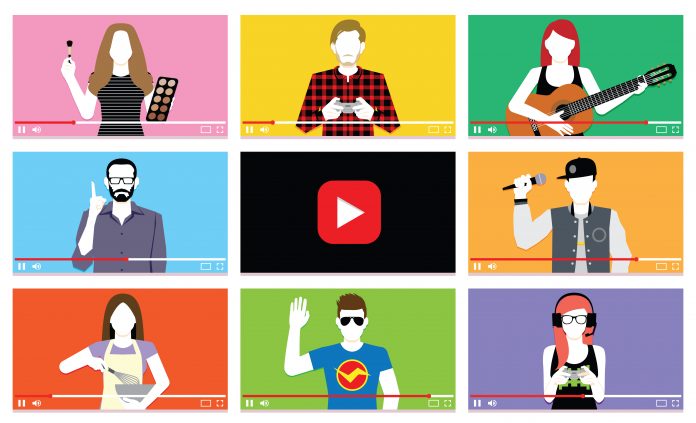 If you went back in time 15 years and told people that social media influencers would exist, it’s likely people would call you crazy. After all, the very concept of someone promoting products on photo-based or video sharing apps, and being paid enormous sums of money to do so, would seem alien, especially with the celebrity culture already in place.

Rise of a new type of celebrity

Social media has hugely impacted the world. Statistics show 45% of the world’s population are social media users, and that equates to billions of people who consistently check their smartphones to keep connected to others and share content.

Of course, with this sort of usership it’s understandable that brands and manufacturers have realised the massive marketing potential of these channels.

What’s unique about these platforms, however, is the way marketing works on them. Yes, adverts and brand profiles exist, but the best way to target people on a large scale is to enlist the help of an influencer. Influencers are individuals who have built massive followings on their accounts due to their personality, good quality content and relatability. People want to follow people they feel they know and whose opinions they trust, and this means selling products through these individuals has proven highly effective.

Today, social media stars are believed to be more influential than celebrities. Research gathered in the US found 34% of children aged six to 17 consider social media stars to be their biggest role models in life, outranking the influence of other famous faces such as athletes, popstars and the president.

How is social media changing people?

Influencers and social media in general have had a huge impact on how people behave, especially the younger generations. Statistics gathered when questioning six- to 17-year-olds found that alarming numbers of these individuals want to become YouTubers or other social media stars, with 75% of them stating these jobs as a future ambition.

This may not actually be as an outlandish idea as it first seems. Children are easily influenced by people they admire, so it makes sense they would want to follow in the footsteps of their favourite social media stars. Furthermore, becoming a social media content creator has a degree of creativity that many traditional work routes are without.

Influencers also have a vast earning potential. Who wouldn’t want a job that has a glamorous lifestyle, can be based around their interests, is free from work hours and corporate red tape, and also highly profitable?

Earning money as an influencer has fast become a viable avenue. Influencers can earn a huge amount of money per post on platforms such as Instagram; thousands of pounds can be commanded for one photo if an influencer’s following is big enough and their audience is receptive.

What’s more, there are different levels of influencers currently working. Microinfluencers (those with around 10,000 followers) can also earn money from posts and are being targeted by brands because they tend to have better engagement and more dedicated followings. This means becoming an influencer is accessible to a large amount of people, and this too is likely to be a factor fuelling people’s desire to become one.

A big part of becoming an influencer is being prepared to put yourself and your image out there in front of millions of people. It is little surprise that top influencers tend to be highly polished and attractive individuals, and this is starting to directly affect how people in society think they should look.

The latest beauty trends tend to be borne entirely from Instagram fads created by influencers. This has even extended to cosmetic surgery, with individuals having work done to try and achieve the same look.

It’s little surprise this passion for changing aesthetics has extended to dentistry. Surveys have found that smiles and teeth are routinely voted as the most attractive feature or those that get noticed first. For people with aspirations to become influencers, this is likely something they will focus on.

But what can you do as a dentist? One easy way to monetise on this growing quest for aesthetics is to offer tooth whitening products, such as Saber Tooth Whitening Kits from Costech Dental Laboratory, to your patients.

It’s impossible to know how long the influencer trend will continue, or if it is a bubble that will eventually burst. Regardless of this, the rise of influencers has made it the perfect time to start focusing on aesthetic treatments in your practice.

You can now buy a T-shirt with HELLO! on it, and we might be biased but we think it’s pretty great

Want To Nab The Most Iconic Vintage Of The Last Four Decades? Welcome To Vestiaire Collective’s “Vintage Rising”

How To Match Your Outfit To A Face Mask

Here are the top beauty trends for 2019, according to Pinterest

Belfast Fashion Spy: ‘Kate Moss can look great in jeans and a top’