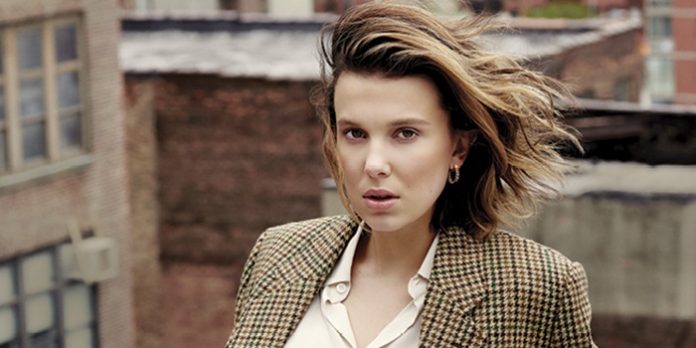 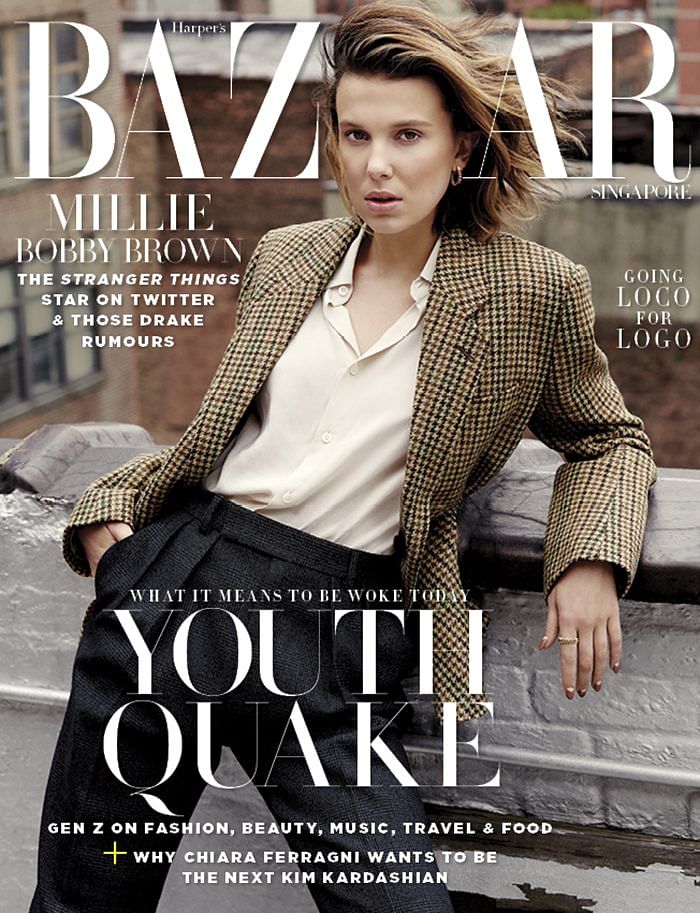 This is the first time I’ve ever put a 15-year-old girl on our cover. But then Millie Bobby Brown is no ordinary teenager. She found fame at the age of 12 as the shaven-headed Eleven in the Netflix original series, Stranger Things, and won a Primetime Emmy Award nomination for Outstanding Supporting Actress in a Drama Series at 13. She also made it to Time’s 100 most influential people list and is the youngest ever person to be appointed a UNICEF Goodwill Ambassador. These are no mean feats for someone to achieve before they even reach sweet 16—which explains why she fronts our Youth issue this month. Despite such accomplishments, Millie still looks and acts like a teenager on set and happily chats about home schooling and all the friends she made on the sets of Godzilla:King of the Monsters and Stranger Things. Read more about what she has to say about romance and Romeo Beckham on page 104. She’s a good example of why none of us should dismiss Gen Z as a surly, moody and rude lot. They’re actually more self-aware and engaged than, say, their older Gen Y counterparts, they have legitimate questions and concerns, are environmentally aware and want to do their part for the world. They go thrifting, do extensive research to find out about a product’s true sustainability and are happy to rent/wear second-hand clothes in order to achieve a look or feel that’s individualistic. They love their brands and the allure of designer wear just as much of any of us— they just aren’t slaves to trend.

Turn to page 62 to see how Gen Z spends their money and what makes them tick. On the beauty front, social media, especially Instagram, has informed a whole generation about what they should buy for makeup and skincare. Consumers are getting younger while at the same time, also getting savvier—you won’t find them falling for the usual marketing spiel or hype. On page 100, KOL/model/spin instructor Annika Sager, who’s all of 19 years old, shares how she uses Instagram and YouTube to find out about makeup but will still go to stores for skincare to try “because everybody’s skin type is different”. Likewise, models Nicole Liew, 22 and Cheyenne Chesney, 17, talk about their K-beauty discoveries via IG and how they find out about the latest beauty trends.

Today’s youth aren’t just hanging around malls and game arcades. Big on advocacy and immediacy, they are more likely to be out trying to save the earth and attending protest rallies to fight for causes they believe in. With mobiles in hand, loaded with terabytes of data, they voice their opinions, e-shop, take pictures and shoot videos that can garner millions of likes and views. They live life to the fullest without ever having to leave their messy bedrooms. And when they do, they are powerful. They are the Woke Gen, and we are lucky to be able to witness their passions, their energies and their idealism. Be part of this discourse—go ahead and “like” their post—I am sure they will appreciate it.

Download the digital edition from the App Store, Google Play or Magzter

Rethinking fashion: A photo series that makes you reflect on your relationship with clothes

This alternative platform brings creatives and models under one roof

8 things to know about Halston – the fashion mogul who sold his name, Life News & Top Stories

Two Hearts! Demi Rose Shows It All for Instagram

Megan Fox’s Velour Hoodie From Jennifer’s Body Is Back

Style lessons from the Covid catwalk as Fashion Month wraps up