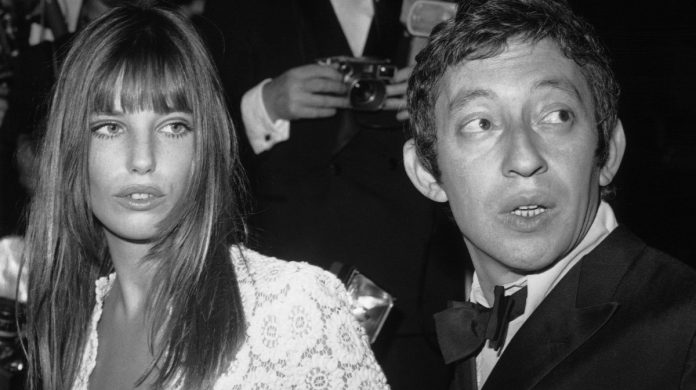 Jane Birkin is not only one of the most referenced and enduring style icons of all time, but the poster girl of late-60s and 70s style. The British model-actress came up in London’s Swinging Sixties scene, during which she starred in various counterculture films like Antonioni’s Blow-Up and Joe Massot’s Wonderwall. After meeting singer-songwriter Serge Gainsbourg on the set of French film Slogan, she relocated permanently to Paris, where her and Serge would start a family and where Jane would launch her prolific musical career. As a Brit living in Paris, Jane created a singular style that married English eccentricity with French insouciance. The contradictions of Jane’s wardrobe — at once demure and sexy, laid-back and elegant, rugged and sensual — are what make her look so endlessly covetable. Her mode of dress lives on in the runway collections of today’s designers. Come summertime, it permeates our collective Instagram feed (think 2017’s wicker basket obsession). Jane lived in jeans and a T-shirt, but knew how to pull a stunt — say, in a Paco Rabanne micro-mini. She inaugurated some of the most essential it-girl staples and she inspired one of luxury fashion’s most sought-after items, the Hermès Birkin bag. Here, i-D chronicles Jane Birkin’s most iconic outfits and explores why the British chanteuse’s style continues to enchant us.

Photo by WATFORD/Mirrorpix/Mirrorpix via Getty Images.

Shopping in Paris with that wicker basket, 1970
One cannot speak of Jane’s sartorial legacy without first speaking to her most iconic accessory: that wicker basket. Jane purchased the famous Portuguese basket in a London market in the 60s. “[It] did not leave my side,” she recounted to Vogue Paris. This was not an understatement: the lidded basket followed her on trips to Paris supermarkets, nights out with Serge and to the red carpet of Cannes Film Festival (where she dressed it up with a silk scarf). Both a favorite accessory and partner-in-crime, Jane’s woven carry-all accompanied her to dinners at Paris bistro Maxim’s, where she would use it to covertly swipe the restaurant’s monogrammed silverware. The story of Jane and her basket, however, would end in tragedy. In the early 80s, her husband Jacques Doillon reversed his car over the wicker tote — on purpose — all but destroying it. Despite its tragic end, the basket’s memory lives on in modern homages by designers like Jacquemus.

At the Premiere of Slogan, 1969
Long before Carrie Bradshaw’s beige DKNY number, Kendall Jenner in La Perla (and Alexandre Vauthier and Schiaparelli), even before Cher at the 1974 Met Gala, there was Jane Birkin in her sheer sweater dress. A watershed moment in the history of “the naked dress”, Jane’s provocative look at the premiere of French film Slogan embodies the actress’ demure-meets-sexy style. Of the iconic sartorial moment, Jane told Vogue Paris, “I didn’t realize [the dress] was so transparent. This is the flash effect of the photographer’s camera. If I had known, I would not [have] put knickers!”

Photo by Keystone-France/Gamma-Keystone via Getty Images.

At The Artists Union Gala in Paris, 1969
Jane’s style remains so captivating due to the self-assurance and joie-de-vivre she brought to dressing. Speaking to Leandra Medine of her 70s looks, she says, “I used to make up stuff [with my clothes]; that was fun in the old days.” And nowhere is this reflected more than in her eccentric-chic red carpet looks. To the Artist’s Union Gala in 1969, Jane wore her floor-length crochet gown backwards with a brooch clipped at the navel. To the 1974 Cannes Film Festival, she accessorized her blush pink velvet dress with a pearl-necklace-cum-belt and her trusty basket. Other evening wear of note includes a bespoke Belle Époque-style dress by Yves Saint Laurent, a floor-length sequin gown to dance with Serge at Paris nightclub Régine, and a major backless moment at the premiere of Wonderwall in 1969.

Wearing Paco Rabanne, 1972
Frequent collaborator of 60s and 70s yé-yé chanteuses and actresses, from Françoise Hardy to Brigitte Bardot, designer Paco Rabanne was labelled French fashion’s enfant terrible for his avant-garde (and near-unwearable) chainmail and metallic disc dresses. Naturally, the unorthodox designer would find a muse in the equally eccentric Jane Birkin. Throughout the 70s, Rabanne was behind some of Jane’s most memorable looks. One of the most iconic portraits of Jane and Serge feature the duo wearing armor-like Rabanne turtlenecks. The designer also created a micro-minidress specifically for Jane. Of the dress (pictured above), she told Medine, “I took off about 10 inches of metal from the bottom so you could see my shorts.”

Photo by PICOT/Gamma-Rapho via Getty Images.

At her and Serge’s Paris home, 1973
Jane launched her prolific musical career in 1969 off the back of “Je t’aime… moi non plus”, a duet with her future husband Serge Gainsbourg. To call the single provocative would be an understatement. The track reached #1 in England, but was banned from radio in several European countries, from Sweden to Italy, for its explicit sexual content. After moving to Paris, Jane decided to focus her efforts on music over acting. The decision resulted in an incredibly prolific musical oeuvre: she would go on to release 13 full-length records, the last of which dropped in 2017. Here, she’s pictured at her and Serge’s home studio, around the release of her first solo album Di doo dah, wearing one of her signature looks: a feminine shirt, cheeky denim shorts, black knee-highs and dainty heels.

Performing in Paris, 1987
While Jane’s most-referenced looks date from the 60s and 70s, some of her best were put together in the late 80s, 90s and beyond. Even Jane, herself, agrees with this sentiment. In an interview with Vogue Paris, she speaks about her later-life style: “I found myself the most interesting at 40. I started wearing Scotting cotton marcels, agnès b. men’s shirts, oversized pants upgraded with a thin red leather belt and sneakers without laces.” Pictured above at a concert in 1987, Jane wears the exact outfit described to Vogue Paris, right down to the skinny leather belt.

Walking Hermès, autumn/winter 00
According to legend, the iconic Hermès Birkin bag stemmed from a serendipitous meeting between chief executive Jean-Louis Dumas and Jane Birkin in 1983. Before taking her seat next to Dumas on a Paris-London flight, Jane placed her leather bag in the overhead compartment, only to have her personal items spill into the aisle. When Jane explained that she was having difficulty finding a leather bag she liked (in lieu of her beloved wicker basket), Dumas offered to create one for her — even drawing a preliminary sketch on the back of an airplane sickness bag. Launched a year later, the Birkin bag would go on to become one of the world’s most elusive and sought-after luxury items. In a nod to her storied link with Hermès, Jane was invited to walk the house’s AW 00 runway. She smiled down the catwalk in a look that might as well have been pulled from her own closet: an oversized white tee, deep V-neck sweater and slacks, designed by Martin Margiela.