Home Catwalk 8 things to know about Halston – the fashion mogul who sold... 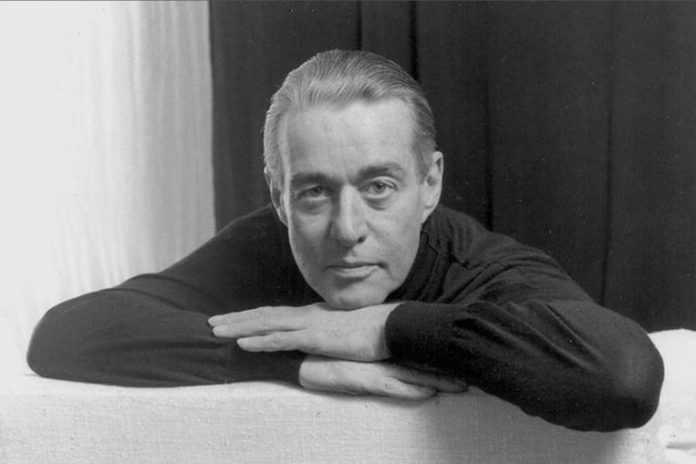 SINGAPORE – Born in Iowa in 1932, Roy Halston Frowick, better known mononymously by his middle name, went from being a humble hatmaker to America’s golden boy of haute couture.

Among his star-studded clientele were American singer Liza Minnelli and former actress Bianca Jagger, both of whom became his dear friends.

He went on to head a multi-million-dollar fashion empire, lending his name to everything from perfume to luggage.

Halston, however, also lived a life of excess. A fixture in New York’s party circuit, he had a penchant for call boys and a drug addiction.

After losing an epic battle over his namesake label, Halston continued designing exclusively for friends and family, eventually dying of Aids-related complications in 1990 at the age of 57.

The series has reignited interest in the fashion pioneer who created the pillbox hat for former United States first lady Jackie Kennedy and was famous for his use of cashmere and other luxurious materials in his dresses.

Here are eight lesser-known facts about the orchid-obsessed fashion mogul.

1. He started with hats

Halston reportedly developed a love of fashion at a young age from watching his grandmother sew, and began by crafting hats for his mother and sister.

While attending the School of the Art Institute of Chicago, he started designing and making women’s hats, which eventually landed him a role as head milliner in Manhattan’s luxury department store Bergdorf Goodman.

A minimalist pillbox hat he designed for Jackie Kennedy to wear at the late John F. Kennedy’s presidential inauguration in 1961 spurred his rise to fame.

His foray into womenswear proved to be a checkmate move as his designs went on to define the styles of the disco era.

The Ultrasuede shirt-dress, for example, was a contemporary, feminine adaptation of a man’s shirt and proved to be popular among women.

But his early creations also embodied a genderless fashion that was way ahead of its time, making him one of the first designers to create unisex clothing in the 1970s.

Unheard of in the 1970s was having a diversity of models walking fashion shows. But Halston had models of colour showcase his works on the runway, making him the first of designers to have done so.

In the 1973 Battle of Versailles fashion show that exhibited the creations of American designers – Halston, Oscar de la Renta, Bill Blass, Anne Klein and Stephen Burrows – and French designers such as Yves Saint Laurent and Pierre Cardin, Halston took along many of his favourite models that represented this diversity.

Called The Halstonettes, they went everywhere with him and partied with his close friends, including the late American artist Andy Warhol, most notably at the legendary Manhattan nightclub Studio 54.

At the height of feminist trends in the late 1960s, Halston was said to have introduced trousers for women on the catwalk, in designs that embraced comfort and exuded class.

His asymmetrical dresses and evening gowns made of soft silk chiffon offered women comfortable options without compromising elegance. Some of his other classic designs included minimalist pantsuits and halterneck dresses.

He also famously customised a daffodil-yellow trouser suit for Minnelli’s wedding to American film director Jack Haley Jr in 1974 – the only bridal suit she ever wore.

Halston had aspirations to dress the whole of America.

In 1983, he signed a deal with the mid-scale American department store JC Penney to make his apparel more affordable to the masses in an exclusive line he said was “for the American people”.

Though diffusion lines are relatively commonplace today, this move was viewed controversially in his time and thought to have cheapened his label, causing luxury stores to drop his collections and damaging his reputation.

6. He sold his name to build an empire

In 1973, Halston sold his namesake company to conglomerate Norton Simon for US$16 million while continuing to design for the label.

Over the years, the company passed through many hands and Halston – plagued by a predilection for drugs and his erratic behaviour – slowly lost control of his own company to the other entities of his business deals.

By the mid-1980s, he had stopped designing for his label, effectively losing the rights to his own name.

7. He was ruined by Victor Hugo

After ending a relationship with designer Ed Austin, Halston took to phoning in call boys, one of whom became his long-time lover.

In 1972, a  Venezuela-born call boy named Victor Hugo began a volatile relationship with Halston which spanned over a decade.

Hugo, who went from club to club handing out cocaine, encouraged Halston’s extravagant party lifestyle, which paved the way for his downfall.

In an interview with The New York Times, American fashion journalist Andre Leon Talley said of Hugo: “He was a grifter who clung on like a parasite, like a barnacle on a ship.”

And even as Halston, along with their relationship, was dying, Hugo continued stealing items from the designer’s house, to the point that he had to be locked out. Hugo died, aged 51, in 1993.

8. He was obsessed with orchids

Halston loved the flowers so much that he apparently set aside a yearly budget of US$150,000 to keep fresh orchids in his working space.

Writers and biographers have suggested that this curious affection for orchids may have been inspired by his mentor, English-American fashion designer Charles James, who also appreciated the blooms.

This love would follow him to his deathbed in San Francisco’s Pacific Presbyterian Medical Centre, where clay pots of white orchids decorated every table.