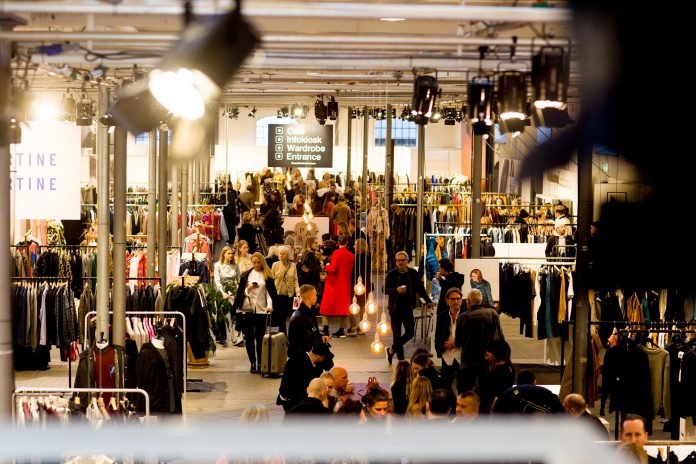 As long-term attendees of the Danish trade shows and fashion week, it has been fascinating to witness the evolution of the city’s fashion offering, growing from strength to strength and, over recent seasons, establishing itself as a true destination within the fashion calendar.

CIFF, located just outside of the city centre at the vast Bella Sky convention centre, packed in nearly 2,000 brands across 60,000 sq m, and continued to offer a smorgasbord of brands for almost every buyer.

Well-curated areas such as Raven and Lab featured a large number of international menswear brands, and this season included many new launches or brands exhibiting for the first time. CIFF’s Sleek section was filled with a strong selection of design-driven premium and contemporary – mostly Scandinavian – womenswear names.

Spacious stands, designer fixtures and fittings and an engaging, unconventional layout continued to give CIFF a unique dynamism, creating an atmosphere unlike most other trade shows.

In the city centre, Revolver follows a more classic trade show format and, at its core, focuses on the big names in Danish fashion across women’s and men’s wear.

More and more new names from international locations are being drawn to the show, and Drapers found a good number of fresh brands, from Denmark and further afield, for autumn 19.

Both shows got off to bustling starts with busy aisles on the first and second days that petered out by day three. Exhibitors at both praised the quality of buyers in attendance, from local Scandi stores from across the region to international teams eager to write orders. UK buyers were spotted, including Browns, Harvey Nichols, Matchesfashion and Fenwick, through to a spread of independents such as London’s Goodhood and Jules B from the north-east of England.

While Copenhagen’s dates do fall late for some menswear buyers, one influential London store told Drapers it had extended its budget to include the Danish shows, as it becomes more and more worthwhile taking the trip to Denmark.