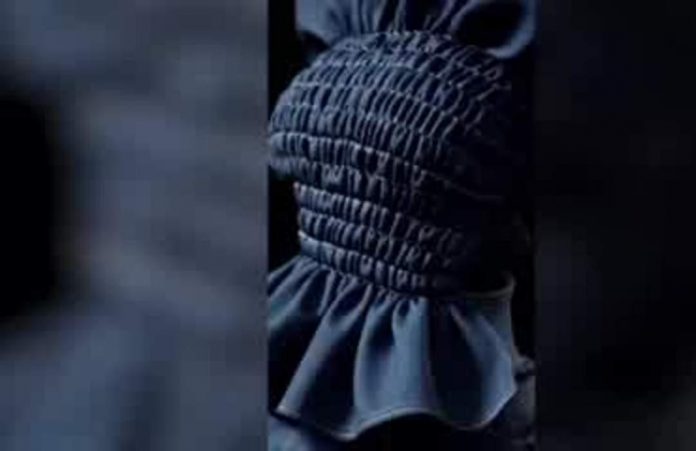 Invisible models strutting down a digital catwalk – this is not your traditional fashion show.

But when a world in lockdown meant U.S.-based Congolese designer Anifa Mvuemba’s debut was canceled at this year’s New York Fashion Week, she decided to get creative.

“The entire world is at home, on their phones, this is the best time to do this.” Last month she held a virtual show for her latest collection, ‘Pink Label Congo’, watched by tens of thousands of people of the Instagram page of her fashion line Hanifa.

“We did not know it was going to blow up the way it did.

We were not prepared at all.” Mvuemba, who says her collection is inspired by the clothes worn in her native country, was already working with 3D animation to design her pieces and do remote photoshoots.

But she says the virtual show required more work in a narrow time frame.

“We had to make sure that it matched the realistic garment.

We had a really hard time making sure that a dress flowed naturally like how it would if a curvy woman was wearing it.” Mvuemba said she also wanted raise awareness of child labor within the DRC’s coltan mining industry and a mini documentary was aired at the start of the show.

She plans to work in the same format again – but also wants to see her designs showcased on a physical runway, saying she still loves working with real models.