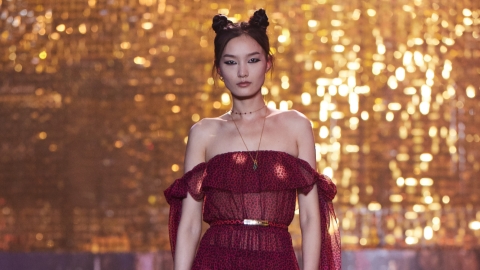 At a time when more luxury brands are looking for an alternative digital approach to carry on with their big fashion events, Christian Dior still stays real and live as it staged its fall 2021 collection to the audience in the Long Museum at the West Bund, as a guest of honor for the Shanghai Fashion Week.

With its leopard-print stairwell, glittering golden walls and big disco balls on the ceiling, the runway show on Monday night brought people back to a fancy nightclub party in the 1980s.

With an eye on the future as seen through the past, the show by Dior’s women’s creative director Maria Grazia Chiuri captured the optimistic crossover between space-age inspiration and disco-era design that partly defines the Pop influences shaping the new collection. 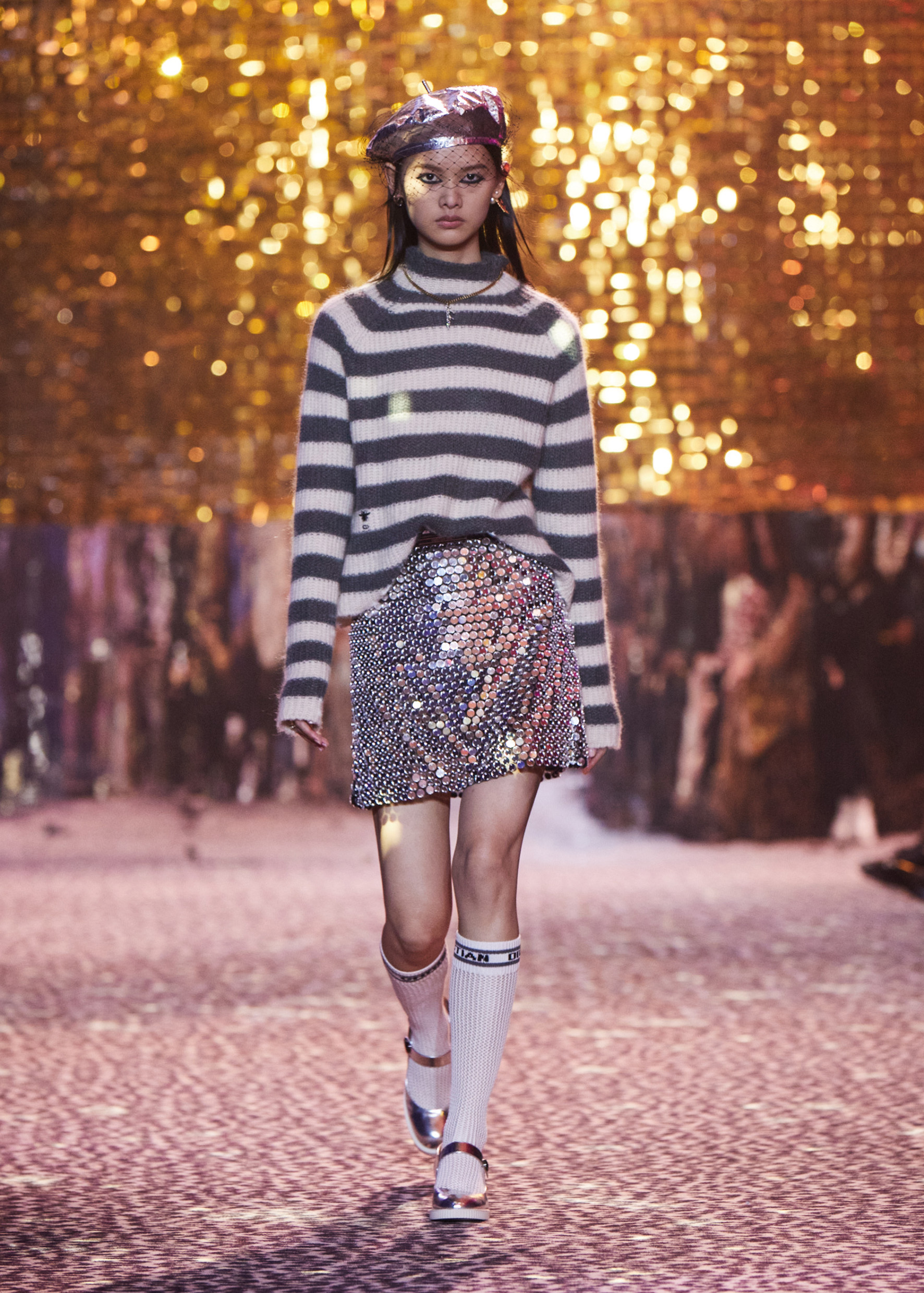 Nostalgic yet futuristic, some looks played on the vibrant style with classic plaids, while others depicted a cool girl trope in a foiled metallic jumpsuit. The nightclub atmosphere was even added, when models pounded on the runway dressed in mesh leggings and classic berets.

An invitation to freedom, the leopard print theme adorning the catwalk crops up on a range of pieces including the iconic bar jacket. A series of exclusive models, each in a different neon hue — as well as red, which Monsieur Dior considered “the color of life” — also enriched the collection presented to a musical composition by Giorgio Moroder, who developed a custom-made soundtrack for the show. “For Maria Grazia Chiuri, unveiling the fall 2021 collection in Shanghai represents an extraordinary opportunity to infuse her creations with a visual force in motion and a new energy, as a celebration of the House’s creativity and the power of world cultures,” the French fashion house said in a statement.

As the world’s first to get back onto the track of economic recovery, China is probably the only country able to stage physical events for fashion brands. Dior held its sprawling “Christian Dior: Designer of Dreams” exhibition in Shanghai last year, when the world was still in the midst of the pandemic but China had the virus spread under control.