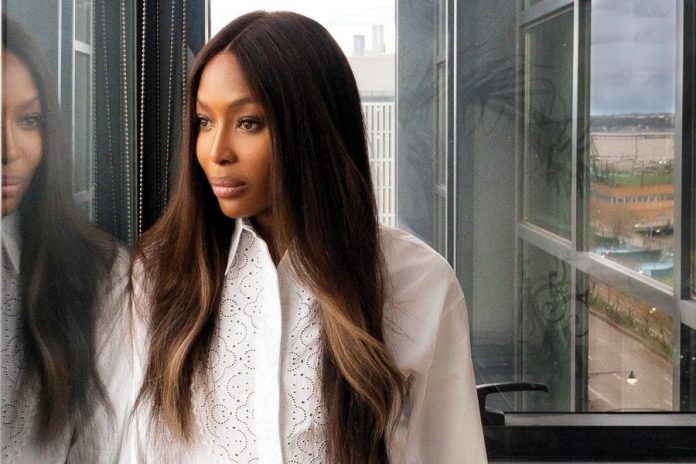 They said she wouldn’t last. They thought we wouldn’t either. But look at us. No, really. Look…at…us. Naomi Campbell and ESSENCE, celebrating turning 50. Hers is a milestone birthday. Ours is a spectacular anniversary. This is a mutual commemoration of life, a testament to perseverance, a paean to the remarkable endurance of Black women.

Our journeys have been forever intertwined and are inextricably linked. Naomi’s rise was our rise. Our ascension shaped hers. We’ve watched her career unfold over decades—more than 30 years, to be exact—and across fashion eras, from the high-octane days of Gianni Versace’s gilded glamazons to the refined romance of Pierpaolo Piccioli’s Valentino.

Of course, we know her story. But like all tales of triumph, it’s worth revisiting. At the tender age of 15, she was discovered by a modeling scout, and before she could legally drink or drive, the British-Jamaican stunner was storming catwalks in fashion capitals around the globe, gracing the covers of glossy magazines and striking poses for legendary photographers like Herb Ritts, Bruce Weber, Peter Lindbergh and Steven Meisel.

In an industry that had been notoriously treacherous for models of color, Naomi defied the odds and quickly became one of the most recognizable faces on the planet. Her otherworldly beauty—luminous chocolate skin, lush pout, smoldering eyes and sinewy, mile-long stems—proved irresistible to advertisers, editors and, most important, designers. She became a muse to many of them, including Azzedine Alaïa, Yves Saint Laurent and Karl Lagerfeld. Did she set out to break barriers? No. Pioneers seldom do. And yet in 1988 she became the first Black model to appear on the cover of French Vogue. The magazine was a holdout—until Saint Laurent went to bat for her, threatening to withdraw his advertising if Naomi wasn’t featured. “I knew Mr. Saint Laurent had the power to do something,” Naomi recalls. “He was the king.”

On the catwalk she has always dominated. She credits her mother, a professional dancer, with helping her hone her iconic walk, a magical union of grace and panache so singular in its style that it has been immortalized in song—Beyoncé’s “Get Me Bodied” extended mix pays homage to Naomi’s signature strut—and rightfully earned her the distinction of being one of the best ever to saunter down a runway.

There have been trials and painful losses, all of which have played out publicly. Multiple assault convictions; anger and substance-abuse issues; the deaths of dear friends and father figures like Versace, Alaïa and Nelson Mandela. Through it all—the scandals, missteps and stumbles—she’s remained undaunted. Only our Naomi could turn a community service sentence at a sanitation garage into a fashion event that ended with her sashaying home in a sequined Dolce & Gabbana couture gown.

While most of her peers have long since retired from the business, Naomi, ageless and ever evolving, remains unstoppable. Nars, Burberry and Calvin Klein are but a few of the brands she’s currently working with. She has books on the horizon, appears as a judge on Amazon Original’s new fashion competition series, Making the Cut, and regularly updates her robust following on Instagram and YouTube with vlogs and pictures from her far-flung travels.

Her hard-partying, cell phone-throwing days are firmly behind her, and she speaks freely of her commitment to sobriety. “Everyone knows that I’m in recovery,” she says. “I feel blessed and grateful to have my health today.” To maintain her well-being, she prays daily, works out regularly, downs vitamins and embraces disciplined living. And, she adds, “I don’t drink alcohol or do anything that’s mind-altering.”

In recent years, her friends have asked her to slow her pace. Absolutely not, she says. Even in the midst of the COVID-19 pandemic, when the world has come to a complete standstill and Naomi can no longer traverse the globe, she’s refused to cease working. She not only shot and styled herself for the cover photo for this very special issue, but she also recently launched No Filter With Naomi, a daily talk show that she films from her well-appointed New York City home, where she’s self-quarantining alone. “You can choose to be down about it and live in anxiety about it or you can just embrace it, be still and try to make the best of it,” she shares. “I’m trying to make the best of it and come out of this experience in a positive way.”

Naomi is not afraid of joining the 5-0 club. “I’m embracing
being here, living, breathing,” she states. “All the simple things we took for
granted now matter so much more than ever before.”

With age has come even greater clarity about her role in the world. Her nonprofit, Fashion for Relief—founded in response to Hurricane Katrina—has raised millions for victims of natural disasters. She plans to pour even more of her energy into her humanitarian work, focusing on new charitable endeavors throughout Africa. “I miss the continent. I miss Senegal, Nigeria, South Africa, Kenya,” she says. “They’re all so different, but the one common thread is that I feel grounded and I feel peaceful when I’m in Africa. I feel safe there. I feel happy.”

And she’s on a mission to ensure that the fashion industry
is one of “diverse and equal opportunity.” As a part of that mission, she means
to “change the narrative and perception of the great continent of Africa.”

“I do believe that I will rest when God wants me to,” she shared last year on Instagram. “But until then, I’ll keep going.”

—
Lola Ogunnaike is a TV host, producer and writer.