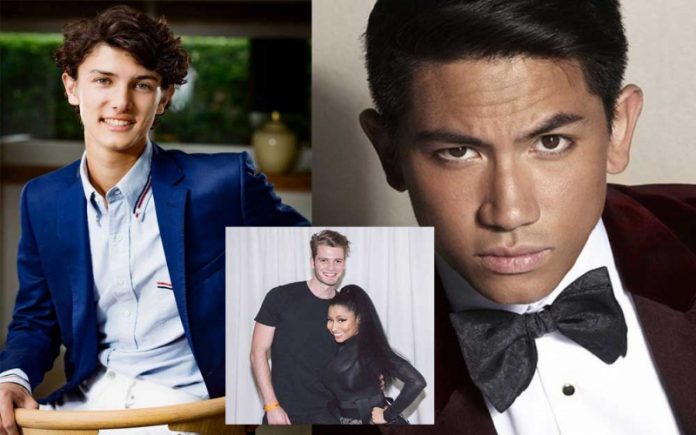 ALSO READ: Master of descriptions: Come we stay (Part I)

The six most eligible bachelors in the world have been revealed – including students, models and royalty.

Between them, the single men on Tatler’s latest list boast a huge collections of castles, titles and trust funds.

Obviously Prince Harry hasn’t been included this time around thanks to the lovely Meghan Markle, but his cousin has been given a spot on the list.

Viscount Althorp, 24, is the son of Princess Diana’s brother Earl Spencer which makes him Harry and William’s cousin.

He is still close with his royal relatives, and attended the Royal Wedding back in May.

ALSO READ: Girlfriend makes partner wear a T-shirt with her photo on it

19-year-old Charles Manners is heir to his father the Duke of Rutland’s title and will inherit Belvoir Castle.

Henry Robert Somerset, 30, is the Earl of Worcester’s son and set to inherit his title as well as his £200m property and investment portfolio.

Among the list of things coming his way is the Badminton Estate, home of the world-famous Badminton Horse Trials.

Henry currently works as a hedgefunder.

ALSO READ: What do women really want from their men?

The 20-year-old prince is the eldest son of Crown Prince of Greece and his wife Marie Chantal.

Known as Tino to pals, he’s currently living in America and studying at university in Georgetown.

He’s a big fan on social media and has an impressive 94,000 Instagram followers.

Mateen, 27, is one of Sultan Hassanal Bolkiah’s 12 children.

He’s a keen sportsman and loves a topless Instagram selfies.

He’s studied international politics at King’s College and completed his masters at the School of African and Oriental Studies.

The 24-year-old, whose full name is Louis Frederick John Spencer, is the son of Princess Diana’s brother, making him Princes William and Harry’s cousin.

He’s a regular at big royal events involving the princes and attended both of their weddings.

Louis grew up in Cape Town and is now studying at Edinburgh University.

He’s the heir to the Althorpe estate and will one day also inherit the title Earl.

Nikolai, 19, is the grandson of Queen Margrethe II.

Despite his royal background he’s making a name for himself in the fashion industry as a model.

He’s on the books for Scoop Models agency and has walked the catwalk for Burberry and Dior.

The views and opinions expressed here are those of the author and do not necessarily reflect the official policy or position of Evewoman.co.ke