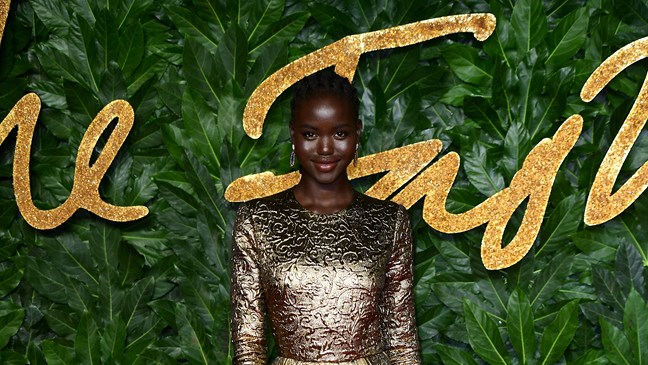 Even though the Nineties era of the ‘supers’ is behind us, thanks to social media, models are arguably more prominent than ever.

More than just clothes horses, models bring fashion brands to life, on the catwalk and in campaigns, and are becoming increasingly vocal on social issues.

The winner will be someone who has “dominated the industry” over the past 12 months, with the BFC saying: “With an influence that transcends the catwalk, the Model of The Year has made an outstanding contribution to the industry, garnering numerous editorial and advertising campaigns throughout the year.”

This is a prestigious accolade which has been won in the past by Kate Moss, Karen Elson and Lily Cole. The list of nominees this year is one of the most international and diverse yet – so who’s in the running?

An African-American of Chinese, Thai and Nigerian heritage, Adesuwa Aighewi is one of the newer faces on the list. This doesn’t make the 27-year-old’s CV any less impressive – Aighewi has modelled in campaigns and walked the catwalk for all the major names, including Chanel, Louis Vuitton and Marc Jacobs.

Like so many up-and-comers in the fashion world, Aighewi is a true multi-hyphenate. She once interned at NASA and remains interested in science, is a director, writes about social issues and diversity and has announced plans for a children’s book. She’s also vocal about not conforming in the fashion industry – most notably, when told she should get breast implants to appear in the Victoria’s Secret show, she got a chest tattoo instead.

For the past few seasons, a fashion show would rarely go by without an appearance from Adut Akech. The South Sudanese model emigrated to Australia from Kenya as a child, and at just 19 years old has become the darling of the industry. As well as working with everyone from Fendi and Saint Laurent to Valentino and Versace, she was the second ever black model to close the Chanel haute couture show.

Akech was chosen by the Duchess of Sussex to appear on her guest edition of British Vogue, ‘Forces For Change’, sharing her story of going from refugee to world-famous model. As well as modelling, she works with the UN Refugee Agency, telling British Vogue: “I don’t want to be know as ‘Adut, the model,’ I want to be known as someone who made a positive impact.”

Like Akech, British model Adwoa Aboah was chosen as one of Meghan’s ‘Forces For Change’ in British Vogue. The 27-year-old is also no stranger to this list, having won Model of the Year in 2017. As well as modelling for big brands, Aboah has become a regular face in prominent fashion magazines. Most notably, she was the first cover star Edward Enninful chose to kick off his tenure at British Vogue.

Outside of modelling, Aboah has set up online community for young women called Gurls Talk, which covers issues like mental health, sexuality and education.

Kaia Gerber will likely be hoping for a two-year streak, as she was awarded Model of the Year 2018. If you think she looks familiar but don’t know why, it’s probably because she’s the spitting image of her mother – one of the original ‘supers’, Cindy Crawford.

Gerber started modelling aged 10. Now 18, she regularly walks for Burberry, Alexander Wang, Chanel and more. She’s the face of Marc Jacobs’ Daisy perfume, and has dipped her toes into designing with a collaboration with the late Karl Lagerfeld. With 4.8 million followers on Instagram, she’s very much leading the way as a Gen Z model.

Last but not least is 25-year-old Winnie Harlow, who somewhat unexpectedly got her start on reality TV show America’s Next Top Model. Even though she didn’t win, Harlow’s career has gone from strength to strength – first she modelled for Spanish brand Desigual, and then made the leap into high fashion. She’s worked with the likes of Tommy Hilfiger and Fendi, and has appeared in Elle and Harper’s Bazaar.

Harlow has become known for having vitiligo – a skin condition where white patches appear due to a lack of melanin. She often celebrates her vitiligo, and speaks out about the bullying she endured growing up because of it.