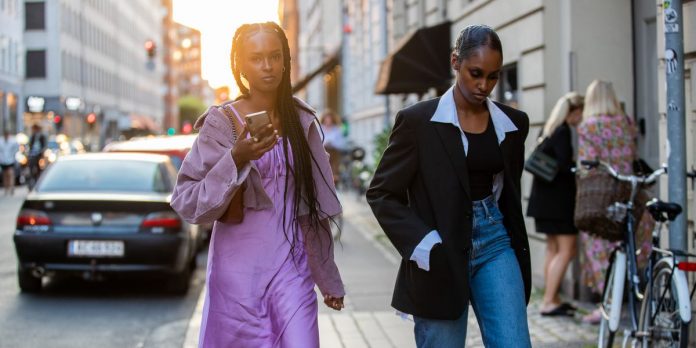 “Diversity is being invited to the party; inclusion is being asked to dance’”- Verna Myers

Both diversity and inclusion have become buzzwords in the fashion industry in recent months. The terms have been bandied about by brands and companies keen to show their alignment with both causes, yet too many are using them incorrectly, putting us steps behind, rather than finally moving forward.

It is, of course, excellent (and high time) that both elements are now at the forefront of business goals, but to ensure accountability and promote progression, clarity is needed on what both words really entail, and crucially, how they differ from one other. The problem we currently have in fashion is that diversity and inclusion seem to come as a package. It means that when the diversity ‘box’ is seemingly ticked, it’s wrongly assumed that it means the inclusivity one has, too, but this is far from the case.

Diversity should be seen as the first half of the goal, and inclusivity the second

Diversity on its own can easily play into the hands of tokenism because it’s, arguably, an outward-facing achievement. For example, on a catwalk it’s increasingly becoming the norm to see a brilliantly diverse range of models – in age, size, ability and race. Where, to onlookers, the diversity aspect of the brand’s standing is answered, inclusivity will ask further questions. Did every single one of those models feel safe, comfortable and happy? Did they feel valued? Were they paid the same as the younger, white models? One of the most underrated questions inclusivity asks is whether, in that instance, the models would take part again. Do they truly believe that that brand understands the need for diversity?

“We need to look further than diversity on show,” says Charlotte Williams, founder of boutique marketing agency SevenSix, which champions diversity and inclusion. “How many people of colour and Black people were behind the scenes? Was there a make-up artist that has experience with darker skin tones, or a hairstylist that can work with afro hair and protective styles? Did the photographer understand the lighting needed to capture a darker skin tone properly?”

It’s this reason that diversity should be seen as the first half of the goal, and inclusivity as the second, with clear knowledge and understanding of why the overall goal can’t be achieved with one and not the other. Giving a seat at the table to someone from a minority group doesn’t mean that they’re meaningfully included; the seat is just the beginning.

Throughout my career in fashion, the same point has niggled at me. When asked about my job or the companies I worked for, it’d often grant a look of respect or admiration, but before I became more vocal on the issues regarding race within fashion and journalism, I was never once asked how I found navigating an elitist industry as a working-class, mixed race woman. The admiration came from diversity, but my feeling like I stuck out like a sore thumb spoke to the lack of inclusivity. It meant that for years, I was happy to sit at the table, but not be heard, for fear of losing my seat. It meant any company I worked for may have ticked the diversity box, but not inclusivity: I rarely felt comfortable or valued. “If you’re not including people of colour and minority groups in certain conversations and decision-making processes, your ‘diverse’ talent is simply a box-ticking exercise and nothing more,” adds Williams.

It’s why we need initiatives such as the Fashion Minority Alliance, which was launched in the UK last month and aims to hold brands and industry gatekeepers accountable for their commitment to change. Lynette Nylander, editor and advisory board member at Fashion Minority Alliance, explains that, “while diversity is an outward commitment to represent as many different communities and people as possible, inclusivity, as it pertains to fashion, can be more inward. Who is sitting at your table, and are they empowered to speak honestly and frankly? Is that inclusivity seen at the top of the organisation, as well as in more junior roles?”

As part of the Fashion Minority Alliance’s media committee, one of my aims speaks to Nylander’s all-important final point: it’s one thing to ensure that a team is diverse, but it’s another entirely to have it remain diverse the closer you get to the top of the organisation. People of colour need to be able to thrive, and not just survive, in the fashion industry, and it’s not enough to ensure a junior team is diverse.

According to the Fashion Minority Report in 2019, only 11 per cent of jobs in the UK fashion industry are held by Black and minority professionals. We believe that inclusivity ensures long-term change. When a business understands what inclusivity means and the value it holds, everyone reaps the benefits.

This content is created and maintained by a third party, and imported onto this page to help users provide their email addresses. You may be able to find more information about this and similar content at piano.io