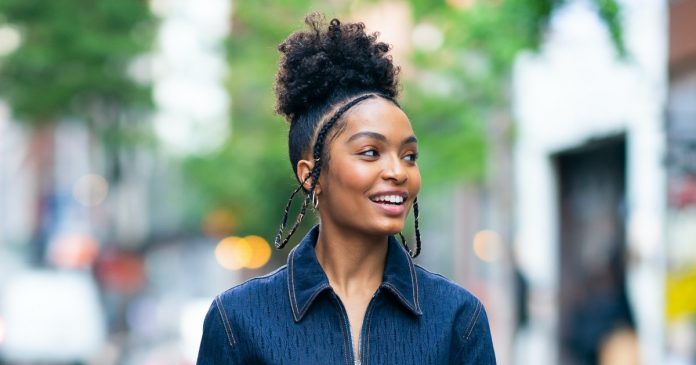 There are many unattainable things about celebrities’ lifestyles, but contrary to popular belief, their hair is not one of them. True, it’s expertly coiffed practically everyday, but you actually have access to the same trusty stylists celebs use without ever actually getting within reach of their hands: You just need to follow these celebrity hairstylists on Instagram.

Aside from showcasing the screenshot-worthy looks they do on stars, celebrity hairstylists are constantly putting out videos via their Instagram on how to replicate looks, what products they use, and maybe most convenient, tutorials on things like how to cut your own hair (because, yes, you can). Knowing who to follow, though, is a whole other story. As with most professions, celebrity hairstylists have their areas of expertise.

So, if you’ve got natural hair or curls, Vernon François (who works with Lupita Nyong’o and Ayesha Curry) has got plenty of inspo for you while other stylists like Mara Roszak (whose clients include Olivia Wilde and Emma Stone) are a good choice if you’re dedicated to the SoCal beach vibe. But even though stylists have certain niches, most of the time, their work is pretty varied.

Below, nine celebrity hairstylists to follow for major inspiration — and if not to recreate the looks, at least to drool over.

Yepez’s clients include all the It-girls of the moment: both Hadid sisters, Emily Ratajkowski, and Hailey Bieber. So chances are, if you’ve lusted after the micro-braids Bella Hadid sported in early March or practically any of EmRata’s voluminous curls, it was Yepez’s handiwork.

Speaking of handiwork, Nikki Nelms’ designs on celebs like Yara Shahidi, Laura Harrier, and Solange take intricate to another level. Case in point: The stylist often mixes beads, ribbons, and even combs into her looks. And if you just want killer sleek looks or wave inspo, she does that, too.

Gould’s feed is a mix of editorial and girl-next-door effortlessness. While his work for magazines may not be fit for everyday wear (one includes nails, like the ones you hammer), his work on clients like Barbara Palvin and Rachel Brosnahan maintain an edgy vibe but are at-home achievable.

As Selena Gomez’s go-to stylist, Marino is responsible for giving the star the updated “Rachel” look she sported in early March. Aside from all-things Gomez, though, you can see celebs like Dove Cameron and Anna Camp making it onto Marino’s feed, as well — mostly with bouncy curls or beach-y waves.

For those who covet the SoCal-gal vibe, Capri is the stylist to follow. You’re sure to find waves, braids, and bouncy ponytails on her page gracing the heads of celebs like Sarah Hyland, Hilary Duff, and Julianne Hough.

Since opening her first salon in 1995, Kim Kimble has become a staple in the black haircare community. Not only does she work on stars like Kerry Washington and Tyra Banks, but Kimble did Beyoncé’s hair for the entire Lemonade production and the singer’s 2018 Coachella performance, which is now commonly known as Beychella.

Roszack masters the bohemian vibe here with client Olivia Wilde’s fishtail crown-braid, but she’s also the one responsible for Billie Eilish’s 2020 Oscar Awards hair — aka the low-bun that featured an almost beehive poof, Chanel ribbon, and a Chanel pin.

If you didn’t pay attention to any part of the 2020 awards season, you still probably heard about the show-stopping hairstyles Lupita Nyong’o sported throughout. Most of which, including the “afro clouds” she wore to the Critics Choice Awards, were thanks to Vernon François.

4 Beauty Trends That Reshaped Industry During The Pandemic

Two Hearts! Demi Rose Shows It All for Instagram

The best shoe brands for a wardrobe update