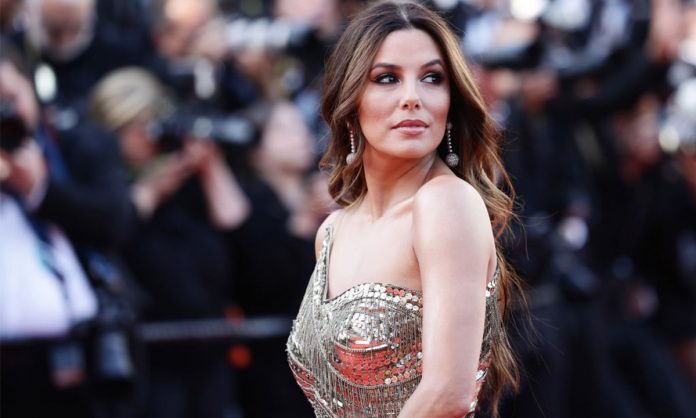 
Eva Longoria took to Instagram on Tuesday to post a new image of herself in leisurewear, with the caption: “Daydreaming.” The 46-year-old actress and film producer, who can usually be seen gracing red carpets in flowy gowns, looked amazing as she was dressed casually in a grey sweatshirt, shorts and white trainers, looking off into the distance. She styled her hair in a half-up, half-down ponytail.

WATCH: Eva Longoria laughing with her son as he learns new words

The Desperate Housewives actress’ post has been liked almost 95,000 times.

Fans were delighted and one commented, “I miss Gabrielle Solis so much,” referring to the character Eva played on the hit show, Desperate Housewives. Another fan wrote: “Omg so beautiful!!” Eva’s famous friend and American fashion designer, Melissa Odabash, also replied with flame emojis.

When Eva does dress casually, she always looks incredible. Eva wore a slouchy grey sweater from her bestie Victoria Beckham’s label early last year and some of her outfits have been known to spark debate among her fans. “Daydreaming” in her latest snap

On Sunday, Eva posted a video on Instagram to share her gratitude, especially now that her directorial debut Flamin’ Hot has wrapped production. The biopic tells the story of Richard Montañez, a Mexican-American who turned the delicious snack into a cultural sensation.

Eva told Variety: “I’m so honored to have led this team in telling a beautiful story where people can see themselves in these characters and are inspired by the endless beauty and talent that is so rich in our community. Every day we were on set, I was reminded again and again by our amazing cast and crew that our community is smart, creative and endlessly talented.”

Actress Kerry Washington was among her famous friends who congratulated her. She commented: “Congratulations mama. Love you so much. Can’t wait to watch.”

Winter fashion: The best knitwear trends to update your wardrobe, including the cardigan and jumper dress