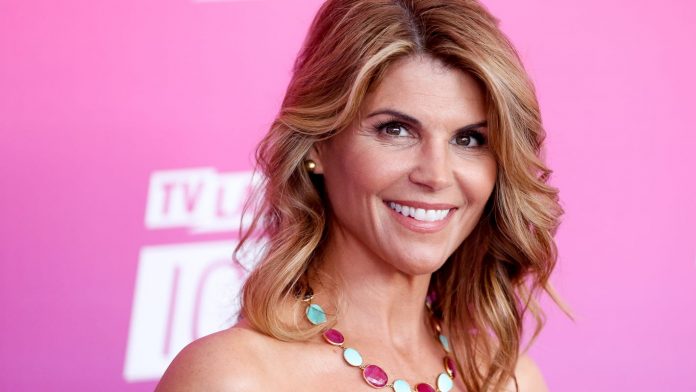 Lori Loughlin and husband Mossimo Giannulli hear their fate when they are sentenced under the terms of their separate plea deals.

In August, Loughlin was sentenced to two months and her fashion designer husband, Mossimo Giannulli, got five months for paying half a million dollars in bribes to get their two daughters, Olivia Jade Giannulli and Isabella Giannulli, accepted into the University of Southern California as crew recruits.

The couple asserted their innocence from the time they were arrested in March 2019. For more than a year, their attorneys mounted a vigorous defense seeking dismissal of the case, arguing Loughlin and Giannulli believed they were making “legitimate donations” to USC, not bribing college officials.

They kept to that position until May, when they agreed to plead guilty after prosecutors dropped bribery and money laundering charges, which could have brought them lengthier prison terms.

Loughlin, 56, was sentenced at a hearing in federal court in Boston conducted via Zoom by U.S. District Judge Nathaniel Gorton. Giannulli, 57, was sentenced by Gorton in a separate hearing on the same day.

Both sentences were agreed to under the terms of the couple’s plea bargains negotiated with federal prosecutors earlier this year.

“I accept the … plea agreement negotiated by the government and Ms. Loughlin and I conclude that the agreed sentence … is sufficient but not greater than needed for punishment,” Gorton said. “There is no mystery about the outcome.”

Loughlin apologized, choking up a bit as she spoke via video link.

The celebrity couple each pleaded guilty in May to one count of conspiracy to commit wire fraud and mail fraud, in separate plea agreements with federal prosecutors.

Their daughter, Olivia Jade, has since said she was not fully in-the-know of the actions taken to secure her admission to USC.

“I wasn’t aware of what was going on,” the 21-year-old said. “I did work hard and when this did come out, I was a little confused… If only people knew how bad I feel that this happened.”

She told Jada Pinkett Smith on an episode of “Red Table Talk” earlier this month she had not spoken to her parents during their incarceration, citing COVID protocols for the lack of communication.

“There’s a quarantine phase, just cause of COVID, so I think that’s the reason, but I just haven’t heard anything, so I’m just waiting,” she said.

Loughlin, the former star of the television series “Full House,” and her husband, whose fashion line was popular at Target, were among the most famous of dozens of wealthy and influential parents charged by federal prosecutors last year with lying and cheating to get their children into elite universities.

She has now completed supervised release, the final portion of her sentence, which also included jail time and community service, a source close to the family who was not authorized to speak publicly confirmed to USA TODAY.

Huffman agreed to a plea bargain a few months after her arrest and was sentenced to 14 days in prison, a $30,000 fine, supervised release for one year and 250 hours of community service for paying $15,000 to have someone correct answers on the SAT exam of one of her two daughters.

At the time of plea bargain, she issued a statement of contrition in which she said she felt “deep regret and shame” for the pain she caused by her actions. She began serving her sentence in federal prison in California in September 2019 and was released after 11 days.

Country Championships: Fashion at the forefront at country race meets