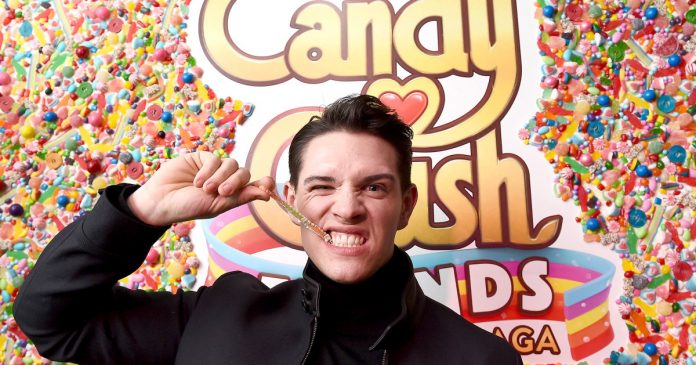 Celebs were out and about this week, from Casey Cott hosting a pre-Valentine’s Day bash, to Camila Cabello putting on a show-stopping performance, to Patrick Schwarzenegger snapping photos at New York Fashion Week. Read on to see more of what the stars have been up to!

— Candice Huffine sipped Nespresso coffee between shows during NYFW at The Shows at Spring Studios.

— Gretchen Rossi showed off her Nolabel.Est customized hair clips on her Instagram story.

— Marta Pozzan and filmmaker Billie JD Porter attended a screening of State of the Union at Sundance Film Festival.

— Becky G put on a special performance at Sony Hall in NYC as part of Sony’s Lost in Music campaign.

— Zedd hosted a master class exclusively for members of Marriott Bonvoy, the new name of Marriott’s loyalty program, at Interscope Records in partnership with UMG in L.A.

— Rachel McAdams rocked Beyond Yoga leggings while out and about in L.A.

— Billboard hosted its annual Power 100 event and revealed its list of music’s top power players at Avra in Beverly Hills.

— Daphne Oz snapped selfies with fans at the Jetblack event in NYC.

— Future performed at the MADE nightlife Grammy party at sbe’s Nightingale in L.A.

— Seth Weisser and Gerard Maione greeted guests at the What Goes Around Comes Around Madison Avenue flagship opening party presented by Perrier-Jouët, Absolut Elyx and Avión Tequila in NYC.

— Josh Duhamel led his team to victory at the Mammoth Film Festival celebrity bowling tournament where he took home the award for best director for Buddy Games and celebrated with shots of Casamigos tequila.

— Richie Akiva and Luka Sabbat chatted with Slick Woods in the VIP at 1OAK during the Palm Angels after party at New York Fashion Week.


About Last Night: See the Best-Dressed Stars on the Red Carpet and Beyond

— Ciara and Jhene Aiko caught up at the CAA Grammy party sponsored by Heineken at Beauty & Essex in Hollywood.

— Milo Ventimiglia enjoyed a five-course vegetarian tasting at Benedetto, located at The Charles Hotel in Cambridge.

— Laura Marano partnered with Lauren Oliver’s newly formed creative agency Hookline, for Laura’s upcoming concert at the Roxy on February 15th. They have partnered to create fully customized exclusive Augmented Reality and Virtual Reality content where concert goers can interact in an immersive world during the show.

Sign up now for the Us Weekly newsletter to get breaking celebrity news, hot pics and more delivered straight to your inbox!

Girl, four, with Down’s syndrome steals the limelight at fashion show for disabled models in Malta

How a caseless iPhone became a status symbol

‘I am sick of comfort wear’: how 2020 legitimised leggings | Fashion

#nomakeup, ‘glass skin,’ all coral and other beauty trends to try in 2019

6 Sneaker Trends About to Hit Your Closet in 2021