Home Models 25 Models Who Defined the Age of Personality 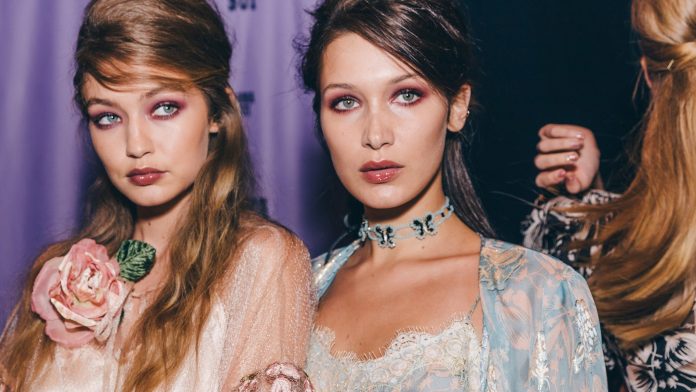 “Have your boarding passes ready and your passports open to the face page” might have been Baby New Year’s line as we collectively stepped onto the crazy roller coaster that is the Age of Personality on December 31, 2009. It’s in this era that the model—heretofore a major but mostly silent protagonist of the mode—ditched the egregious “walking clothes hanger” analogy, found her voice, advocated for her rights, and accrued her own powers independent of agent, casting director, or designer.

No, I’m not forgetting about the supermodels and the House of Style era, but like Halley’s Comet, which appears about every 75 years, that was a rare alignment indeed—and one that we’re apparently loathe to get over, “supermodel” having become a default description for any catwalker. But “super” isn’t even what a lot of models these days are after. Alt or “anti-model” agencies like Midlands and Tomorrow Is Another Day, both of which sprung up in the 2010s, glorify types of beauty that break with Barbie-like stereotypes of perfection.

The 2010s will be remembered as the decade in which a new movement towards inclusivity, acceptance, and fluidity began. The model/slash concept ceded via digital platforms like Instagram to an age of personality, giving birth to the “Instagirls,” as Vogue dubbed them on the cover of its September 2014 issue. Later that month the curator Olivier Saillard presented a performance piece titled “Models Never Talk”—in which they did. The world was avidly listening, as models’ social media followings showed, creating a new metric of desirability measured on influence as much as looks.

Vogue would take another break from celebrity covers in 2017. The March issue featured a group shot, this one including Ashley Graham, who promotes body positivity, and activist model Adwoa Aboah, who runs the platform Gurls Talk (an online community to discuss issues around mental health, relationships, et cetera), as well as Kendall Jenner and Gigi Hadid, who segued from reality television to the runway and have a combined reach of 161.6 million.

Family also plays a role in the careers of head-turners not in any way related to the Kardashian klan: The 2010s also saw the rise of “legacy” models like Kaia Gerber, Mingus Reedus, and Coco Gordon Moore, whose parents once ruled the runways or were otherwise engaged with fashion. (It should be noted that long before this crop of genetically gifted offspring started accruing frequent-flier miles, Christopher Bailey, then at Burberry, peopled his campaigns and shows with scions of the British aristo- and meritocracy.)

A giant end-of-decade wave of nostalgia, particularly for the 1990s and 2000s, has propelled models with a legacy constituting a body of work (versus genetics) back to the catwalk. The 2010s saw a second career for the likes of Georgina Grenville (Tom Ford’s “Gucci girl”), Tasha Tilberg, and Jenny Shimizu. Age, as they say, is but a number.

As my colleague Maya Singer noted in Vogue, this is the era of “casting pluralism,” in which difference, not uniformity, and personality, not passivity, are valued. Beauty has not just a face, but a voice.