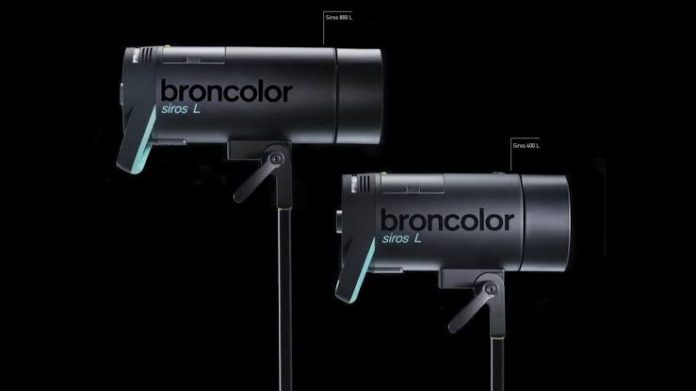 The professional lighting market is no longer as clearly defined as it once was. For starters, there’s a lot more choice, including speedlights in multi-head set-ups and continuous lighting, the latter now especially popular thanks to LEDs (and because digital cameras allow for white balance correction). Consequently, the ‘traditional’ studio lighting sectors of monoblocs and power packs face more competition than even before. The positive outcome all-round has been more design innovation, particularly in terms of taking monoblocs out of the studio setting and onto location… even to very remote places.

Compared to a speedlight, the flexibility of a battery-powered monobloc is undeniable with more power that’s able to be delivered over a wider range – giving shorter flash durations – and a lot more scope for light shaping via extensive systems of accessories. The downside is, of course, the increased size and weight, but improvements in battery technology are contributing to significant reductions in both, even compared to just a couple of years ago. So the lithium-ion pack for Broncolor’s new Siros L models weighs just 600 grams and slots into the top of the monobloc’s casing. Yet it’s good for 440 full-power flashes with the 400 joules model and 220 with the 800 joule version… and you’ll obviously get a lot more when shooting at the lower power settings which will often be the case.

In fact, just reducing the output by a stop doubles this figure. Recharging to full power (from flat) takes only 75 minutes, but obviously at least having one spare is going to be essential to avoid any down-time. It should be noted that, like Profoto’s B1X, the Siros L monoblocs are exclusively battery-powered so planning ahead is important when working in remote locations. Broncolor claims an operating temperature range for the battery pack of -10 degrees to 60 degrees Celsius to further enhance these monoblocs’ outdoor credentials.

The two Siros L models follow the earlier mains-powered Siros and Siros S monoblocs in terms of sleek styling with tough aluminium casings – now not so common in this age of GRP – and a dedicated built-in reflector of the same diameter. The term “built-in” probably needs to be qualified as Broncolor allows for it to be removed and replaced with a conventional dish if so desired. Additionally, this gives a ‘bare bulb’ head which is more effective when being used with other accessories such as Bron’s Para series parabolic umbrellas.

The bracket for a lighting stand is also aluminum with new easy-to-apply clamping handle. The carry handle is integrated into a GRP ring at the rear of the casing and extends below the control panel so, in conjunction with the stand bracket, it allows the Siros L monoblocs to be positioned at floor level without requiring any additional means of support.

The battery slots easily into a compartment towards the rear of the monobloc which makes for a better balanced set-up and it also fits flush with the top of the main housing, so there are no awkward lumps or bumps. Usefully, too, an array of three green LEDs on the battery’s top edge provide a visual indication of the power level which is a simple, but effective, arrangement. They progressively extinguish at 50 percent and 20 percent with the last LED flashing when there’s just five percent power remaining. They also relay a variety of warnings when showing in red.

Another nifty piece of design is LEDs set into the rear of the bodyshell which can be set to one of five colours (blue, green, yellow turquoise and pink) to visually identify the monoblocs in a multi-light set-up.

The two Siros L models are identical in design and styling, but the 400 joule model is four centimetres shorter than its big brother and 600 grams lighter. However, both weigh over three kilos even before the battery is slotted in so neither is exactly lightweight.

The streamlined reflector design makes them easier to store (as well, of course, quicker to set up), and Broncolor offers single-light carry cases or a roller-type backpack which accommodates a two-light kit with accessories.

The Broncolor RFS 2.2 radio transmitter (the receivers are built-in) are the standard remote control option. The WiFi solution is the more elegant solution, using the BronControl app which is available for both iOS and Android mobile devices, and allows full control over up to five units using a single control panel (which also shows the power levels).

The Siros L units establish their own WiFi network, but there is the option of connecting them to an existing network, although this configuration occasionally seems to result in short delays with the execution of commands. The old-school cable and photocell sync options are also available.

Both models allow for up to nine stops of flash power adjustment, in either 1/10 or full-stop increments. This means the 400 joule monobloc can be wound down to just two joules and the 800 joule down to four. At these minimum settings the flash durations are 1/11,300 and 1/7400 second respectively, but switching to the ‘Speed’ mode shortens these durations further to 1/19,000 and 1/18,000 second respectively.

There’s also the choice of normal and ‘eco’ recycling modes, the latter being slower (but actually not by very much) to help conserve battery power. To the same end, the Siros L monoblocs are fitted with LED-type modelling lamps with 25 watts power and balanced at 3000 degrees Kelvin to match the QH lamps in the mains-powered models. Bron’s Enhanced Colour Temperature Control (ECTC) technology is used to maintain uniform colour temperatures across the power range.

The control panel is elegantly spartan and dominated by a large rotary knob which obviously sets the power level, but when pressed, also serves as the function selector. Selected operations appear as backlit read-outs or indicators – in blue, of course – and rotary control is also ringed in blue light which looks very smart indeed. The one curiosity with the controls is that the power on/off button isn’t on the main panel, but underneath the main casing. You have to feel for it if the unit is at head height or lower, but it’s a lot easier to reach if you’re using the lights at higher positions and don’t want to have to bring them down every time. The features set is pretty basic and essentially limited to the aforementioned Speed mode, sequential flashing (up to 50) and a USB connection for firmware upgrades. The modelling lamp is either on or off so, for example, there’s no timer option to help manage battery power consumption.

That said, the Siros L monoblocs do all of the important things very well indeed. The 800 joule model’s flash power capabilities are, of course, massive, but it’s the flexibility of both models that’s arguably more useful and with this comes shorter flash durations, faster recycling and a longer battery life. It’s hard to see too many users having issues with the batteries, though, although spares are definitely an essential extra purchase. Flash-to-flash consistency is excellent as is the colour temperature control for which Broncolor already has a proven record. In practical terms, completely dispensing with cables brings a refreshing freedom (and one less concern if, for example, you’re shooting small children) while the app-driven remote control – especially when using multiple lights – contributes to smoother and more efficient operations.

There’s now a lot of choice when it comes to battery-powered flash monoblocs – including, of course, Profoto’s B1X with its TTL auto flash control – but Broncolor’s substantial reputation in the studio will undoubtedly work in favor of the Siros L models. They are, essentially, no-nonsense workhorses for flash photography on location, but with a nice touch of style to compliment the solid performance. They’re also exceptionally well-built which bodes well for durability given the extra wear-and-tear that’s an inevitability of shooting out of the back of a 4WD and lugging gear cross-country.

The 400 joule model is likely to be more than adequate for many applications including portraiture and fashion, but the 800 joule beast opens up further opportunities for shooting in big spaces – even if mains power is available – without the restrictions or hazards of cables. There’s 1600 joules on tap if you use two, 2400 joules with three and a whole lot of flexibility in terms of setting lighting ratios. With the convenience of the WiFi-based centralised controllability, this looks like a much better way to travel – both literally and metaphorically – than using a battery-powered floorpack. There’s still the Broncolor price premium to consider, but with the 400 joule model, the gap to the Profoto B1X (which is admittedly 100 joules more powerful) is closed a little when you add the price of the latter’s TTL controller.

On balance then, Broncolor now definitely has a viable contender for anybody who needs lots of controllable light in challenging locations.

The best light tents for photography