Home Models How a caseless iPhone became a status symbol 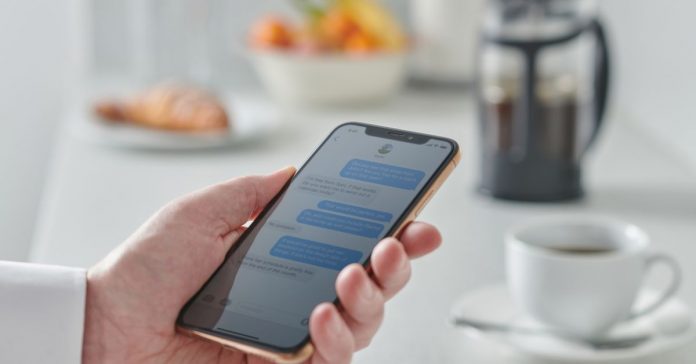 The first person I ever met who was fiercely anti-smartphone case was my boss at an old startup job.

”This,” he said, pinching his thin iPhone between his thumb and pointer finger, “involved hours of effort. People worked to get this phone as slim as possible, and now I’m going to slap a thick case over it?” He shook his head.

Most of the staff followed his lead, bravely carrying their phones naked as the day they were unboxed. I was the holdout. I’d just bought a new phone for this job at a price that made my eyes water, and I cocooned it in a rubber bumper. Given their rising expense and fragile nature (iPhones have jumped 15 percent in price since 2016, and Americans spent more than $3 billion on cracked screens last year), smartphones almost require being covered in a case like this so they can hold up to everyday life and everyday clumsiness. My boss’s attitude seemed so counterintuitive. He was acting against his best interests for some powerful reasons I didn’t entirely understand, and I’m not sure he did either.

My boss wasn’t a pioneer. Caseless crusaders are everywhere, and soon after our chat, I spotted them all over. It’s like that moment when you learn a new word and then you read it constantly. Writers on Gizmodo and Cult of Mac came out swinging for case-free phones. The Reddit group iPhone had threads urging fans to ditch the “crappy plastic” wrapper. And at The Verge, despite tallying potential repairs in the hundreds of dollars and debating whether caselessness is foolish, Nick Statt admitted to keeping his iPhone X bare: “It feels like a crime to put a case on the nicest smartphone Apple’s ever made.”

Why do these superfans invite so much risk to such a defenseless item? “They don’t want to sully the beautiful hardware,” says Leander Kahney, publisher of Cult of Mac and author of a recent biography of Apple CEO Tim Cook. Kahney notes that even Jony Ive, Apple’s chief design officer, seemed to resist cases. “[When I met him,] he had a case on his phone, and he was kind of apologetic about it. I think he must have preferred to go caseless, to go pure.”

Cliff Kuang, a UX designer and author of the upcoming book User Friendly, sees it as a disconnect between marketing and design. “You have marketing and ease of use that are now at odds with each other,” he says. Phone commercials in the past decade flaunt their pencil-thin profiles, with current models twirling like a ballerina on pointe. For many consumers, that’s the vision they cling to, even when that object is collecting scratches bumping around in their bag. “We tend to want that idealized version of a product without necessarily thinking about what it’s going to be like to live with every day,” says Kuang.

One obvious question: Why not create a phone that doesn’t need a separate case? A cynic would argue that phone manufacturers aren’t interested in this solution. After all, a dropped caseless phone is just a future sale, a variation on frequently theorized planned obsolescence. Kit Yarrow, a consumer psychologist and author of Decoding the New Consumer Mind, takes this point of view. Far from being a conspiracy theory, she says, the tech industry pushes us to level up our phones every few years, and they’re all too happy to shorten the cycle. She notes that when she takes her products to the Apple Store to be repaired, the common reply is consumers aren’t expected to keep laptops or phones more than three or four years.

“They don’t want to sully the beautiful hardware”

But Kahney doesn’t think Apple or other manufacturers pull these “cynical games.” “There’s more profit in them being longer-lasting,” he says, explaining that “because Apple has trade-in programs now, there’s a huge secondary market for phones.”

Kuang believes companies are simply responding to our own desires for something that’s increasingly more slender, more delicate. “They are not designing in a vacuum,” he says. “I can guarantee there have been versions and concepts that were more durable.” But they didn’t make it to market, he insists, because models that aren’t “stone-cold beautiful” are far harder to sell.

In several ways, the arc of cellphone design has curved toward the increasingly fragile. Kahney reflects on the first iPhone: “That was definitely a tough device. But over the years, they’ve tried to make it slimmer and sleeker and sexier.” He notes that the iPhone X “was like a slippery bar of soap. Of course, the first day I had it, it went flying out of my hands and onto the concrete.”

You have to wonder where the desire for something thinner and thinner comes from. If you listen to the vocabulary of case-free fanatics, you might be fooled into thinking they’re talking about something else altogether. Encased phones are “clunky,” “bulky,” “thick,” even “fat.” Caseless ones are “slim,” “sleek,” “thin,” and “naked.” It’s almost the language of a before-and-after ad for a 30-day diet plan. Are we body-shaming ourselves through our phones? Kahney laughs at that question but says the hardware has always been fetishized as “sexy” and “salacious.”

Yarrow takes this thought a step further. “The phone really is, for a lot of people, an extension of themselves,” she says, even to the point of associating its measurements with your idealized physique. If that sounds far-fetched, consider that companies already tap into that bodily identification for their advertising. Just look at Dove’s ad campaign where it released a variety of bottles meant to represent various women’s bodies, which was met with criticism because no one wants to see themselves as the squat circular bottle. Thinness also has class connotations. (The infamous quote attributed to Wallis Simpson, “You can never be too rich or too thin,” could be shorthand for this.)

Whatever stokes our desire for a paper-thin phone, it makes the act of going caseless all the more daring. As Yarrow puts it, you’re paying not only with money for the possible repairs but also with the increased attention and thoughtfulness this unprotected item demands. Countless times a day, you’ll have to hold, retrieve, or stow your caseless phone with conscious care and alertness. “That’s a hard price to pay,” she says.

This kind of fussy handling feels more appropriate for a Fabergé egg, or 16th-century Dutch lace ruffs, or some other precious museum objets — not with the item we use to text friends when we’re running late. But that’s not an inaccurate comparison when it comes to caseless phones.

In the case of Dutch lace ruffs — giant pleated accordions the upper classes wore around their necks — the point was to show off not just expensive lace but also the hours it took to assemble the ruffs, stitch them together, and iron and starch them. (As my boss said about his phone’s slimness: It “involved hours of effort.”) The ruffs were impractical, impeding movement, but they were also the ultimate status symbol of their time. And people are willing to endure a lot to communicate status.

“The phone really is, for a lot of people, an extension of themselves”

Today, status symbols can be tricky to nail down, particularly in the tech industry. Big, flashy displays of wealth are frowned on in Silicon Valley. In a place where jeans and hoodies pass for workwear, there’s “no bling here,” as one Quora thread notes. Wealth is communicated in quieter, subtler ways: investment, philanthropy. But the latest gadgets still make the list because they draw attention and impart cachet, particularly when they’re tossed around and treated casually.

According to a study by Research Now and Match.com, 86 percent of women negatively judge dates who have a cracked phone screen. The opposite could be true as well — people admire a person who shows they clearly have the means to play pavement roulette with their four-figure, case-free phone. Yarrow sees the caseless phone as a way to quietly signal your affluence. The message, she says, is “I’m above the possibility of damaging my phone, and if I do, no big deal because I can shell out for a new screen.” Or as one commenter said at The Verge, “If I made $500,000 a year, I think I could allow myself a naked iPhone X.”

There was a time when simply having a smartphone was a surefire sign of disposable income, but no longer. “There are more smartphones in the United States than there are people,” Kuang says. Nowadays, having a smartphone isn’t an indicator of affluence any more than having a toothbrush is.

The mania surrounding phones has also died down. “Innovation has slowed down around them,” Yarrow says. You won’t find an around-the-block line for a new phone with a camera that’s marginally better. “I think we’ve reached a tipping point where I don’t know what else we could do to a phone,” she says.

All of which could be why we’ve arrived at a place where being reckless with your phone and rejecting a case is the ultimate indication of means. Of course, that may change because status symbols are always in flux. Given that giant honking sneakers have come into fashion, for example, who is to say giant honking phone cases won’t be next?

Kuang presents another idea for where we’re heading. Given the wellness push to unplug, he says, “the biggest luxury in the world right now is to be that person that doesn’t need a phone.” In this scenario, technology is something delegated to someone else. “Super-important people, when you go into their office, it’s spotless. There’s nothing on the desk except a sheet of paper and a pen,” he says. The message here: “I’m too important to use stuff. I just make decisions.”

Sign up for The Goods’ newsletter. Twice a week, we’ll send you the best Goods stories exploring what we buy, why we buy it, and why it matters.