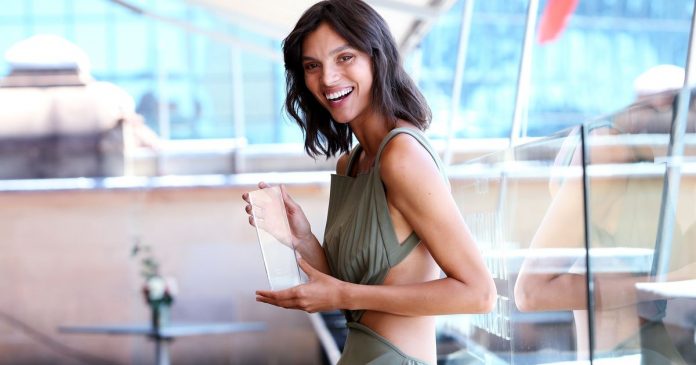 The 23-year-old was nominated for the Model Of The Year award alongside Sudanese Australian Duckie Thot, body diversity advocate Robyn Lawley and fellow model Julia Nobis. On Wednesday she claimed victory at an exclusive lunch in Sydney, and said “this award means everything to me”.

“I feel insanely honoured to have been nominated alongside some of Australia’s most iconic and diverse women,” Charlee told HuffPost Australia. “It’s great to physically see the fashion industry change in such positive ways.”

After being scouted back in 2013 at age 18, the model’s career took off internationally when she made her New York Fashion Week debut in 2016. However, modelling wasn’t always her first career choice, as she’d initially hoped to study business and beauty after high school.

Charlee, whose Indigenous mother is an Awabakal woman from New South Wales, said her heritage has helped shape many personal and professional decisions.

“Identifying with my Aboriginality has highly influenced my direction in life. Having no direct source of information on our history, traditions, way of life, etc. has led me down a path of self-discovery and a journey of obtaining knowledge. Watch this space.”

Charlee’s hope is that greater representation in the fashion industry will create a great impact on the future of modelling.

“It’s really quite largely important for me to see/experience these changes, not only because I’m a woman of ethnicity myself, but because our generation now is the next generations’ history,” she said. “The changes we make/implement today will hopefully create a more peaceful and understanding future.”