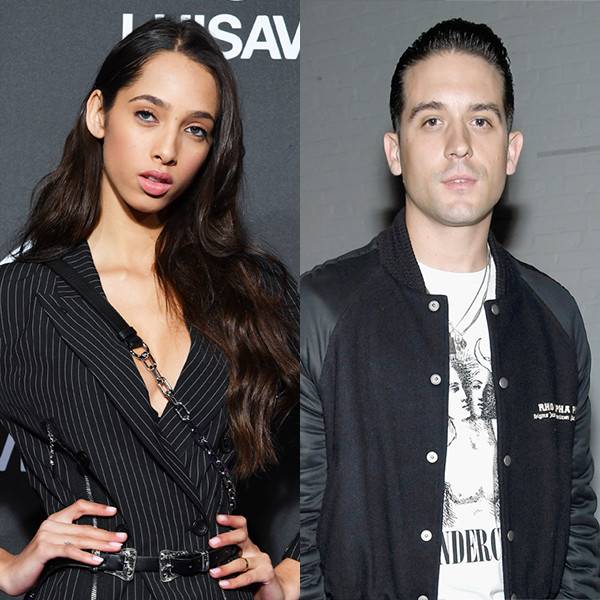 It looks like G-Eazy is living the good life with his new “bae” Yasmin Wijnaldum.

The 29-year-old musician hinted at his seemingly new love interest in his Instagram Stories on Wednesday. G-Eazy, whose real name is Gerald Earl Gillum, posted a paparazzi photo of Yasmin walking down the street wearing a big leather jacket, black pants and a black shirt. “Nice shirt bae,” he captioned it.

Although the shirt is hard to see in G-Eazy’s photo, the 20-year-old Victoria’s Secret model responded in her own Instagram Stories and provided a zoomed-in image of the tee. It’s a direct shout-out to the “No Limit” rapper and his song “Leviathan.” It’s a picture of the Devil wearing a leather jacket dancing with a woman and says “Looks sweet, but the devil’s in the details.”

That exact line is uttered towards the end of the song: “Liquor red cups, endless refills / Weed, cocaine, molly, E-pills / Looks sweet, but the devil’s in the details / The flow switch pace when the beat builds.”

G-Eazy and Yasmin have yet to be photographed out together, but that sartorial decision is a relatively overt act of PDA. Although, she could just really like his album The Beautiful & Damned, which features “Leviathan.”

In November, the California native was spotted out on a date with a woman named Christina Roseann Ray and the two of them had a “steamy” make out session. That outing came right on the heels of his breakup with Halsey, his on-again-off-again girlfriend in October.

Halsey and G-Eazy got back together in September after their major split in July after one year together. Just weeks before their October breakup, G-Eazy posted about his “queen” Halsey in a sweet birthday post during their romantic Italian getaway. “You’re the brightest star in the sky. So grateful to get to travel thru life with you, so happy to call you my queen. Happy birthday baby,” he wrote.

Well, the “Without Me” singer has moved on too and has recently been linked to the British musician Yungblud.

At just 20-years-old, Yasmin has already taken the modeling world by storm. She walked in the 2018 Victoria’s Secret Fashion Show for the first time and skyrocketed to fame after becoming the face of Prada when she was a mere 17.

According to Vogue, she’s half-Dutch, half-Surinamese and has walked on the runway for Atelier Versace as well as Prada. She made her New York Fashion Week debut in 2016 and was just on the cover of Vogue Espana.

Like a good Gen Z’er, her passion for fashion began on the internet. “I always searched around the Internet for style inspiration, and I always watched the shows online!” she told Vogue. “I would have never thought that I would be there myself one day.”

Funny enough, she turned to Tumblr and YouTube for her ideas, so maybe she’s giving a new meaning to G-Eazy’s “Tumblr Girls.”

Don’t miss E! News every Tuesday to Saturday at 6pm.