Home Models Remember when Apple Watch was a luxury item? We look back at... 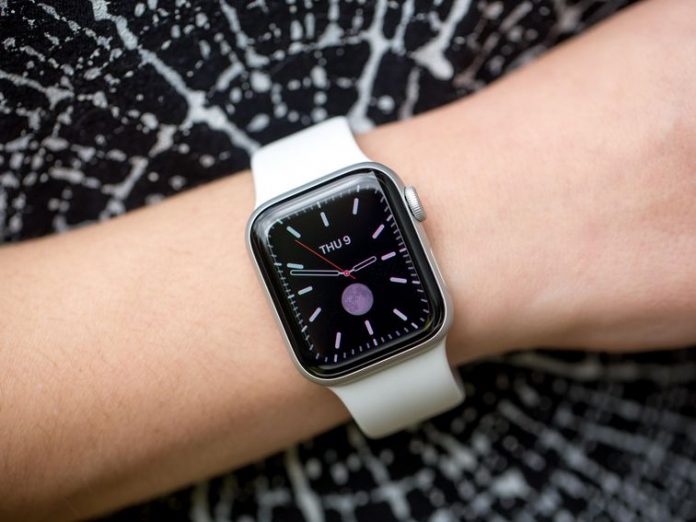 A $17,000 model. A fitting appointment. A cover spread on Vogue. The Apple Watch was more than a fitness-tracking device when it debuted five years ago. It was a fashion item and status symbol. It was luxury on your wrist.

Fast forward to 2020, the fifth anniversary of Apple’s smartwatch. Millions of people around the globe wear Apple Watches to remind them to stand during meetings, take time to breathe and get in one last workout for the day. Once a fashion accessory, the Apple Watch is now an essential tool for health and fitness.

The ubiquity of the Apple Watch doesn’t mean it’s lost its appeal to the fashion-conscious. Last year, the Apple Watch outsold the entire Swiss watch industry by a huge margin, according to Strategy Analytics. Apple shipped an estimated 31 million units in 2019, while all Swiss watch brands combined accounted for 21 million shipments, the research firm said. (Apple doesn’t detail how many watches it sells each year but said it generated $24.5 billion in revenue in its latest fiscal year from its category that includes the Apple Watch and AirPods. That was a 41% jump from fiscal 2018.)

They aren’t alone. When the Apple watch came out five years ago, every major company in tech, and a lot of new startups, seemed to be making a watch or fitness band. The list included Samsung, Sony, Fitbit, Pebble, Misfit, Jawbone and various other companies. Some of them, like Samsung, still sell smartwatches, but others, like Pebble, were acquired or have gone out of business. And the Swiss watch brands, some of which are trying to go digital, are struggling to compete.

“The window for Swiss watch brands to make an impact in smartwatches is closing,” analyst Steven Waltzer said. “Time may be running out for Swatch, Tissot, TAG Heuer and others.”

For Apple, the watch has turned into one of its most successful products, even though the business is nowhere near the size of its hugely popular iPhone. The Apple Watch still requires Apple’s smartphone to run, with limited functionality on its own. And it has more to do when it comes to becoming a standalone health tracker. Still, Apple managed to do what seemed nearly impossible five years ago: find another hit product.

With Apple’s huge position in smartwatch sales today, it’s easy to forget how it all started. When the company unveiled the first Apple Watch in September 2014, success wasn’t guaranteed. The device wouldn’t reach consumers’ wrists for seven months, which gave nimble rivals time to respond. It wasn’t clear why anyone actually needed a smartwatch, or what a smartwatch would do once people had one.

For Apple CEO Tim Cook, the Apple Watch was a major test. He needed to show that his company could still create lust-worthy, must-have products in new categories without Steve Jobs at the helm. Apple’s last totally new, hit product was 2010’s iPad, which was ushered to market by Jobs before he died the following year.

When introducing the first Apple Watch, Cook called it a “breakthrough” product and described it as a “comprehensive” health and fitness device, walkie-talkie and remote control for the Apple TV streaming box, among many other capabilities.

The device is “the most personal device we’ve ever created,” he said at the time. “Because you wear it, we invented new intimate ways to connect and communicate directly from your wrist.”

The entry-level device, the aluminum and glass Apple Watch Sport with plastic band, started at $349. The premium gold Apple Watch Edition started at $10,000 and went as high as $17,000.

To sell the very personal device, Apple tapped former Burberry CEO Angela Ahrendts. She joined the company as head of retail in April 2014 and quickly got to work transforming the store experience. When it came to the Apple Watch, she drew from her time running a luxury fashion brand.

In the beginning, you couldn’t walk into a store and buy an Apple Watch like you would an iPhone or iPad. Would-be Apple Watch buyers had to make appointments to see the gadget in Apple stores during the preorder period, and sales were made through a reservation system.

It became an instant hit. Some analysts estimated more than 2 million Apple Watches were preordered in the two weeks leading up to the device’s April 24 debut. All other smartwatch vendors combined shipped only 4.6 million devices in all of 2014, according to Strategy Analytics.

Today, you can walk into an Apple Store and try on any model you want, and you don’t have to buy a watch with a band that’s been preselected by Apple. In September, Apple, with a new head of retail at the helm, launched its Apple Watch Studio Experience, which lets you mix and match watches and bands to match your personal taste. It works both in store and online.

With the Apple Watch Series 4 in 2018, Apple changed the size of its watch to make the screen size bigger but the overall device thinner. The current Apple Watch sizes are 40mm and 44mm.

It also didn’t take Apple long to scrap its luxury Apple Watch offering. That $17,000 model was gone by the second generation.

Last year, Apple brought back its Apple Watch Edition, but the fifth-generation device is made of titanium or ceramic, not 18-karat gold. It tops out at $1,749 for the 44mm white ceramic version with the space black link bracelet band. An Hermès edition tops out at $1,499. The new Apple Watch Series 5 with an always-on display starts at $399, but you can buy the older Apple Watch Series 3 for as little as $199.

Not quite a full computer

When the Apple Watch first came out, it was viewed as a mini Phone on your wrist. It launched with 3,000 apps (more than the 1,000 Apple initially expected), varying from fitness tracking to messaging and trivia, and it required a companion iPhone to operate. At the time, app store analytics company AppFigures believed the Apple Watch store would grow to about 100,000 apps within the following year.

The reality isn’t even close.

Today, there are about 20,000 apps that work on the Apple Watch. Most of them require an iPhone for full functionality, serving as extensions of Apple’s popular smartphone. The App Store for the 13-year-old iPhone, by comparison, has about 2 million apps.

Companies like Google, Amazon, eBay, Google, Target and TripAdvisor removed support for the Apple Watch apps a couple years after the launch, and initially, nobody noticed they were gone.

Apple itself has made 22 apps for its watch, and those tend to be the most-accessed items on the Apple Watch, analysts say. That goes back to what people use the watch for — checking weather, tracking fitness and reading quick notifications like messages. All of those capabilities come from Apple-made apps, making it unnecessary to have third-party apps for many functions.

“There’s been nothing like an iOS app ecosystem for the watch,” Technalysis Research analyst Bob O’Donnell said. “For the most part, you’re going to use all of the Apple stuff and one or two other things and that’s about it.”

Those one or two things tend to be messaging, fitness or music. Globally, the most downloaded third-party mobile apps with Apple Watch functionality are Facebook Messenger, DingTalk and Spotify, according to App Annie, a mobile insights and analytics provider.

Fitness and health have been part of the Apple Watch since the beginning, through its popular Activity tracking and Workout apps. But instead of one of many features, they’re now often center stage. Today, the newer Apple Watches can track your swim strokes and your menstrual cycle and tell you if the noise around you could hurt your hearing. They’re cleared by the US Federal Drug Administration to conduct electrocardiograms, also known as EKGs or ECGs, to detect abnormal heartbeats.

And Apple is working with organizations on several  research studies that let you share your Apple Watch and iPhone data to improve health. In 2018, it partnered with Johnson & Johnson’s pharmaceutical brand Janssen on research to improve heart health among people 65 and older. It now has expanded research hearing, women’s health, and the correlation between physical activity and heart health.

Apple in 2017 also introduced a cellular version of the Apple Watch, letting people do things like make calls or access the internet while away from their phones. That’s particularly popular with users going for a run without taking a phone.

And last year, it finally introduced an App store that lives on the watch itself, instead of requiring an iPhone to download iOS apps that are compatible with the Apple Watch. That lets watch users install third-party apps right from the wrist, and some developers have now built Apple Watch-only apps like the game TubeSnake.

Building on health and fitness — and independence from the iPhone — are big opportunities for future versions of the Apple Watch. Apple still hasn’t moved away from the device as a companion to the iPhone. It doesn’t work with iPads or Apple Touch devices, limiting its uptake to iPhone owners. By making a more independent Apple Watch, Apple would instantly expand the user base, including with children if it makes its rumored kids edition.

Adding more sensors, including the holy grails of glucose and blood pressure monitors, would turn the Apple Watch into a full-blown health tracker. And then there’s sleep tracking, which has been rumored for years but has never materialized, likely because of the hit to battery life.

Five years ago, the Apple Watch launched as an extension of the iPhone. Five years from now, we may have trouble remembering they were ever connected at all.