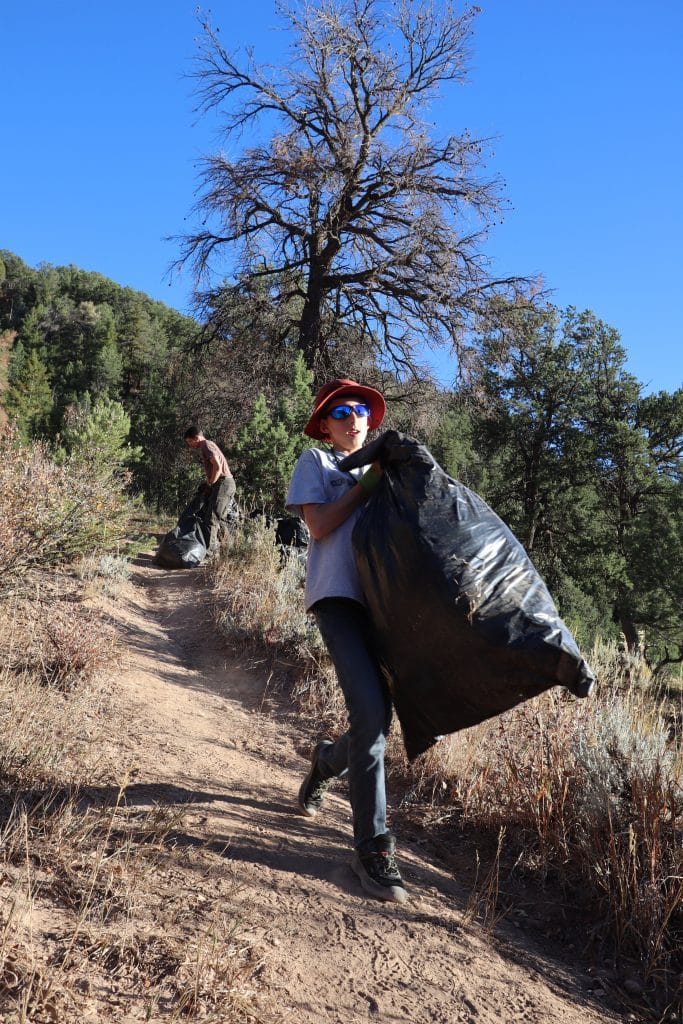 The recent trash cleanup off of Boy Scout Trail created a model that could be replicated for similar projects in the future.

The city has used ECOS for cleanups before, but that was for areas easily accessible by vehicle, Roper said.

The big difference this time was the remote nature of the cleanup on a steep hillside with no vehicle access, Roper said.

That remoteness drove costs up.

“That’s actually why we went the route we did,” Roper said of using RFOV volunteers to keep costs down. “This is the first time we’ve partnered with RFOV on a project like this.”

It probably won’t be the last.

“The hope is we could use this model in the future moving forward with other areas,” Roper said.

“This is the first time RFOV and the city and ECOS have worked together in this fashion, and it seems like it’s beneficial for the community to pursue this,” Jacob Baker, RFOV communications and outreach coordinator, said.

RFOV’s expertise is providing community stewardship, Baker said, defining stewardship as “caring for the places we care about.”

“Getting the residents of Glenwood Springs on the ground and taking charge of the stewardship of their community really reinforces the concept of stewardship,” he said.

In all, about nine cubic yards worth of trash were hauled away, Roper said.

While the trash cleanup is complete, there is still more work to be done.

“We’re going to help reclaim that spot, too, to remove that platform bench area and all that. It’s not a matter of just removing it but then to help mitigate the issues that came from building that platform up there,” Roper said.

Cleanups are nothing new for RFOV, though this project brings the group back to its beginnings.

“We started as a trails organization on the Scout Trail 25 years ago,” Baker said.