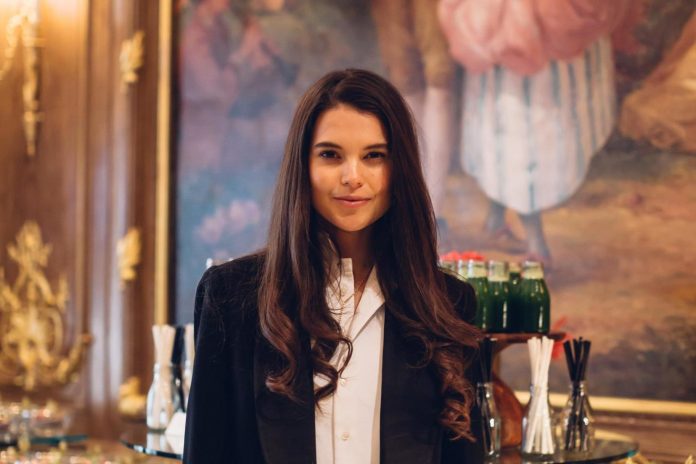 Fashion month is a highly demanding time for models. It’s not just the chronic sleep deprivation, the high stress, the constant jet lag or the loneliness. It’s all of that, altogether, for two months of every year.

Each February and September, catwalk models move between New York and London, Milan and Paris taking part in the world’s top designer shows. Crammed into rooms with other models – who often have unhealthy and competitive behaviours – there is no respite from the mayhem. With social media being what it is today, virtually every moment is documented somehow by someone too.

I am a former model who worked in catwalk shows for a number of years. I was scouted at 15, and after finishing my A-levels, moved from Hampshire to London to pursue modelling full-time. In just days, I was flown across the world to LA for a job which lasted two weeks. It was exciting but also daunting. And with nowhere to turn for support, I ultimately found myself feeling quite isolated.

I went on to work with the best in the business: British Vogue, Burberry, Harper’s Bazaar, Vivienne Westwood and more. Within two years I had moved across the pond to New York, where I worked for Abercrombie and Fitch, Saks and Bloomingdales.

But the turning point for me came in 2012. I was sitting in my apartment in East village New York, ruminating on how lost I felt in the industry, and how so many of my model friends were struggling too. Something had to change, and I decided the change would come from me. I started to formulate an idea, a way of bringing the wellness movement – in full-swing in NYC – to England, a country where after-work pub sessions were the norm and meditation, an anomaly.

I moved back to London and enrolled in a course studying for an HND in human nutrition. This led to a BSc in nutrition. Slowly but surely, the Be Well Collective was born.

A non-profit organisation, the Be Well Collective is an initiative which aims to support models in the fashion industry through the provision of wellness. I had experienced first-hand the pressures of working in fashion, and after I became an Associated Registered Nutritionist I was determined to share my newfound knowledge with those still working in it.

The breakthrough moment came last season. I invited a number of London’s top modelling agencies and models to attend a panel discussion. With the help of a body of experts, we focused on how best to support models through the pressured and competitive environment that is fashion week. The overwhelmingly positive feedback we received demonstrated the need for the Be Well Collective, and a meeting with Caroline Rush from the British Fashion Council took it a step further.

It became abundantly clear my organisation shouldn’t just exist to support models. A number of agents had spoken about the positive impact it had had on them – and journalists had said so too. Why should it not be open to all parts of the fashion industry, I wondered. I couldn’t think of a reason why not.

So we arrive at where we are now. In its fourth season, the Well Being Collective is scheduled to place at Claridges later this month. After a nutritionally-balanced breakfast, guests will assemble for a wellness-themed panel discussion, featuring Lisa Armstrong (fashion editor of The Daily Telegraph), Dr Nerina Ramalakhan, (renowned sleep therapist and author), Luke Worthington (Nike trainer and elite master trainer for the Third Space Group), Howard Napper (stress expert and author) Anita Bhagwandas (former editor of Woman’s Health and Marie Claire), and Jillian Lavender (founder of The London Meditation Centre).

Following the discussion, guests will be able to put questions to panelists based on all-manner of topics from nutrition, to fitness and mental health.

They will leave with a Be Well Collective Survival Kit – tools to help them manage the next four weeks of fashion, including mental health charity support information, nutrition guides, relaxation remedy rolls, mediation tips, sleep booklets and restaurant vouchers for free meals and snacks.

The more we talk about our physical and mental health, the more positive changes we make to society at large. I hope one day the Be Well Collective finds its way beyond the catwalk, into schools, the workplace and more.

A great mix on the traditional English or smoked salmon and eggs. This entails a high protein hit breakfast, low carbohydrate, with some exciting flavours from the sumac and lime.