Home Models What to expect from spring/summer 2021 fashion weeks 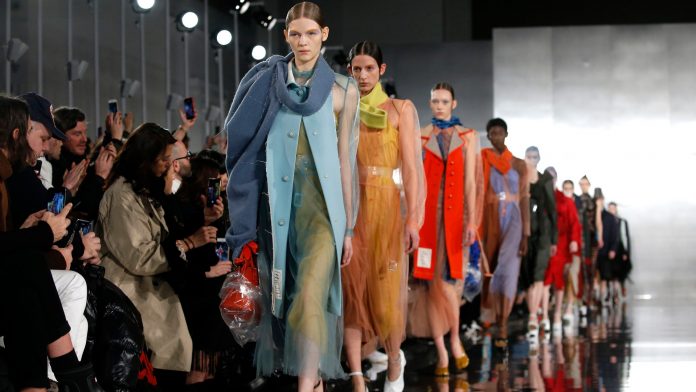 When fashion councils announced in June that fashion weeks in New York, London, Milan and Paris were set to return in September, everyone had the same burning question in mind: is it too soon to revert back to showing IRL given we’re still in the midst of a global pandemic?

Although some major luxury players, including Saint Laurent and Gucci, were quick to opt out early on in favour of showing off schedule, a handful of brands went on to present their collections on models. To name a few: Dior Resort 2021 in Lecce, Valentino AW20 couture at Rome’s landmark Cinecittà Studios and the Jacquemus SS21 show in wheat fields an hour outside of central Paris. Copenhagen Fashion Week came shortly after, making it the first city to host a significant schedule of runway shows.

With the most important month of the year in fashion upon us — coinciding with reports of a potential second wave of coronavirus across Europe and nearly 6 million confirmed cases in the US—how will the Big Four fashion capitals navigate these unprecedented times?

Here’s everything you need to know about September’s SS21 shows in New York, London, Milan and Paris.

With the US having the highest number of confirmed coronavirus cases in the world, the few designers staging physical presentations in New York include Jason Wu and Christian Siriano. Eckhaus Latta, Anna Sui, Carolina Herrera and Marchesa have also returned to the schedule, although the format is currently TBC.

Blockbuster brands such as Marc Jacobs, Michael Kors and Ralph Lauren have chosen to respectfully bow out altogether, while Gabriela Hearst will make her Paris Fashion Week debut. The CFDA has announced the launch of a dedicated NYFW online platform called Runway360. Unlike the virtual platforms during Men’s Fashion Week in June, which had editorial facets to their offering, Runway360 plans to focus on the business side, with virtual showrooms and a dedicated e-commerce section supporting emerging talent.

A provisional line-up for London Fashion Week, featuring both menswear and womenswear brands, has been released and split into three sections: ‘Digital’, ‘Physical’ and ‘Digital and Physical’ (some, might say phygital).

The labels confirmed to show collections in person with social-distancing guidelines in place are Simone Rocha, Roksanda, Sharon Wauchob and Amanda Wakeley. The likes of Burberry, Erdem and Victoria Beckham, meanwhile, have opted for both ‘Digital and Physical’, although what this means remains to be confirmed. The digital LFW platform launched in June will continue to share exclusive multimedia content.

Milan is the first of the four cities to publish a full schedule in advance, albeit a provisional one. The event will feature both menswear and womenswear brands comprising 24 digital and 28 physical shows in total. Powerhouses such as Fendi, Versace and Giorgio Armani, as well as the hotly anticipated Raf Simons debut Prada show, are all confirmed to show physically.

Missoni, GCDS and Dsquared2 are among the brands that have opted for digital only. Notable absentees are Bottega Veneta, Gucci, Moschino and Jil Sander.

What shape the Paris Fashion Week schedule will take is yet to be revealed but the show, as they say, will go on in September. Being the first to announce its return to the physical format, the Fédération de la Haute Couture et de la Mode released a statement earlier in June saying they will comply with safety standards issued by the French authorities. Expect to see luxury giants such as Chanel, Dior and Louis Vuitton putting on something suitably spectacular. But will younger designers have the capacity to do the same? Watch this space.