Home Models Yes, You Can Play With Your Clothes 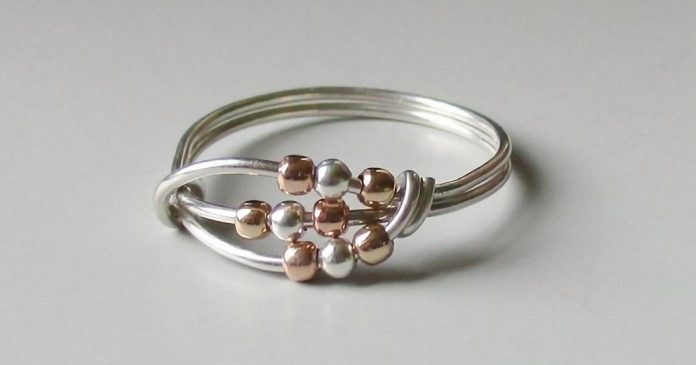 Eighteen months ago, Alexandra Connell, who has attention deficit hyperactivity disorder, introduced the online marketplace Patti & Ricky, which bills itself as “fashion for people of all abilities.”

Among the products is a line of “discreet” sliding bead fidget jewelry from Love Dawne aimed at those with A.D.H.D. and anxiety who need a beautiful, socially acceptable way to fidget. The jewelry’s aesthetic becomes the focus of attention, rather than the behavior.

“My fidget jewelry helps with my own A.D.H.D. and anxiety, and people who compliment it are always surprised to hear it was designed to serve a purpose,” said Ms. Connell, 31, who has a master’s degree in disability studies from Columbia University Teachers College and lives in Denver. “Then they want to buy one for themselves, because who isn’t anxious these days? Society is moving toward understanding that fidgets can inspire concentration, focus and brainstorming — but you can’t pull out a fidget spinner in a board meeting.”

Amy Serwer, who lives in Manhattan and has two children, recognizes what Ms. Connell is talking about. She has two Jennifer Meyer gold-and-diamond initial charm necklaces dedicated to her 10- and 12-year-old daughters, and she wears them together every day.

“I’m always fidgeting with these necklaces,” Ms. Serwer said. “They help me focus when I’m stressed out, plus they make me feel closer to my kids.”

Fidget spinners may be so 2017, but their explosive sales revealed, in part, our compulsive need for something (anything) to occupy our hands, calm our nerves and focus our thoughts. Especially when we can’t grab our phones.

The pieces are the equivalent of “modern-day worry beads to take your mind off the moment and mentally unwind,” said Ken Downing, the senior vice president and fashion director of Neiman Marcus, who traces the genesis of fidget fashion to the popularity of handbag charms a few years ago.

According to Ingrid Wright, a psychotherapist, “fidgets help reduce anxiety, and can almost be compared to a child’s baby blanket.”

Johnson Hartig, the founder and designer of Libertine, a label that sells many embellished pieces, said: “With fashion being so fast and images instantly available there is something to say about a tactile interactive garment — it’s comforting somehow.”

On the artisanal side, craftier styles with a D.I.Y. bent are on the rise for spring, with designers putting a high-end spin on 1970s-style macramé fringe and rope accessories, all ready-made for fingers to absent-mindedly braid or knot. Philosophy di Lorenzo Serafini, a fashion house in Milan, even added sliding wooden beads on its multistrand rope belts.

Leslie J. Ghize, the executive vice president of Tobe, a consumer culture and creative think tank, believes this ratcheting up of fidgety, tactile design serves as a reality check or antidote to the fakeness of the virtual realm. “Even seeing texture and dimension makes people feel closer to the real world,” she said.

Yet, one of the results of the boom in fidget fashion and accessories meant to calm our social-media-frenzied minds has been a surge in Boomerang posts and slow-motion videos of people twirling in super-swingy fringe skirts or brushing reverse sequin fabrics and down.

A Michael Kors Instagram post of a model spinning in a black sequined dress with sparkly beaded fringe flaring out, for example, has over 175,000 views and 110 comments.

The perfect accessory to wear while watching? One of Cynthia Gale New York’s sterling silver Spinner Rings with rotating band-in-a-band construction. “We often term them ‘meditation rings,’” said Cynthia Gale, the founder and designer of the label. “We live in stressful times, and I really believe they help people with their mental fitness. They are consistently our best-selling category.”