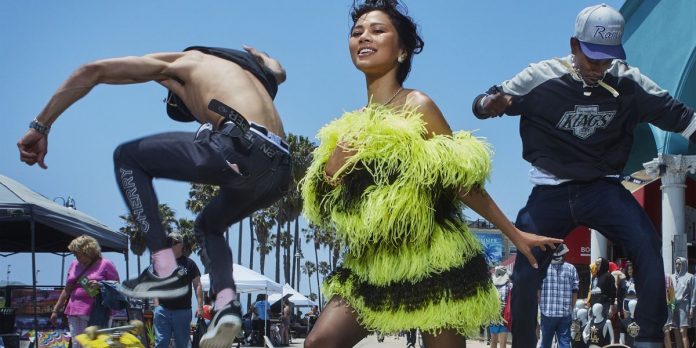 “Los Angeles is a cultural wasteland.”

“All anyone talks about is the traffic.”

“No one in L.A. has any style. You go out to a nice restaurant and the women are dressed in shorts and the men are wearing flip-flops.”

These are all real quotes I’ve heard from New Yorkers, and having lived in Manhattan for almost half my life­, I once agreed. But all that changed last year after Crazy Rich Asians, the film adapted from my novel, became the highest-grossing romantic comedy in a decade. As I began working on new film and TV projects, like writing and producing the pilot for a sitcom titled The Emperor of Malibu, I found myself spending more and more time in La La Land. By the time I was dragging four suitcases out of an Uber last October, it finally hit me: “Oh, I guess I live here now.” But the bigger epiphany was realizing just how much I loved my new life and how different it was from what I expected.

Sure, the traffic in L.A. is bad, but it’s no worse than Mexico City or Bangkok. And for a place supposedly devoid of culture, I’ve met and befriended more artists in the past year than I ever had before, and discovered a city rich with history and amazing secrets. “James Dean lived there,” a friend would say, pointing to a gorgeous Spanish-style building on my street. Or I’d walk into a café hidden behind a strip mall, enjoy the best penne al pesto of my life, and notice a European princess sitting at the table on my left and a legendary Hollywood star on my right. Where else on earth can you sit at an outdoor terrace in January wearing flip-flops with such fabulous people-watching? (Yes, what they say about flip-flops is true, but does it help that mine are handmade in Capri?) The City of Angels is undoubtedly going through a remarkable renaissance. Every time I step out of my door I feel an unmistakable frisson in the air. L.A. is now home to a decidedly sophisticated global crowd who could live anywhere but have chosen to be here right now because they feel it too.

Where else on earth can you sit at an outdoor terrace wearing flip-flops in January with such fabulous people-watching?

At high noon on a Thursday in June, I stand on the Venice Beach Boardwalk watching the stunning Adinda Bakrie—whose family founded Indonesia’s Bakrie Group, which has companies that span telecommunications, media, mining, oil and gas, and property development—balancing on a gold skate deck in a neon Saint Laurent dress and mirrored Louboutins while a pair of muscled skateboarders do kick flips around her. When Adinda isn’t draped in ostrich feathers, she can be found working for her family’s foundation to build schools on islands throughout Indonesia, taking her two kids, Kierra, eight, and Kellan, five, to jujitsu practice or, until very recently, attending classes herself—at age 37, she just completed a master’s in psychology at Pepperdine University.

Having grown up in similar milieus (I was born in Singapore), Adinda and I had found much to laugh about when we sat down to chat over tea at the Peninsula Beverly Hills a few days earlier. Both of us have formidable mothers who are impossible to impress and come from large extended families with dozens of cousins with whom we’re very close. But what astonished me most was discovering that we both love HiHo Cheeseburger in Santa Monica. “I’ve found a new sense of freedom here,” says Adinda, who decided to move from Jakarta to Beverly Hills when her marriage ended in 2015. “I like to go on little adventures—I took my daughter to Coachella when she was five.”

Adinda doesn’t have to worry about keeping up with the Youngs of my novels. “Back home, I wear a lot of Dolce & Gabbana and Dior, and always diamonds,” she explains. “Here nobody really knows me, so I run around all day in the sweats I wear to Hot 8 Yoga.” The California vibes seem to be rubbing off on her in other ways too. “In Asia, you are taught to live in the future: to study, to plan your career, to pass money on to your children,” she says. “It’s a more chill life here. People live in the present, and that makes you less anxious.”

Also living in the here and now is Huddah Monroe, a beauty entrepreneur who shot to fame when she appeared on Big Brother Africa in 2013. Although her home base is Nairobi, she seems to exist in perpetual motion. Whether Abu Dhabi or Monaco or Atlanta or Shanghai, she’s never in the same place for long. But these days, L.A. (where next year she plans to open a Huddah Cosmetics U.S. flagship stocking her popular liquid lipsticks and eye shadow palettes for darker skin tones) is like a second home to her. During the shoot, as crowds of onlookers gawk, she looks perfectly at ease bicycling along the beach with a flower-filled Birkin in a sequined Michael Kors Collection dress that shimmers in vivid violet hues.

With 1.7 million Instagram followers and her face plastered all over billboards, Huddah, 27, is one of Kenya’s most talked-about personalities. She keeps a compound in Runda Estate, Nairobi’s poshest neighborhood, and has spent the past several months in one of downtown L.A.’s glittering new high-rises, where a posse of basketball stars forms her chosen family. It doesn’t hurt that she’s as photogenic as Iman, but Huddah’s success is still a remarkable achievement for a girl born and raised in the slums of Nairobi. “I grew up in a very nice environment,” Huddah deadpans, her deep smoky accent sounding like a cross between Lauren Bacall and Karl Lagerfeld. “The only thing we had was poverty. The only thing we didn’t have was food. I knew from a young age that I wanted to be an independent woman, and I saw an opportunity to start my own business and help other women feel beautiful.”

These are real-life angels, in the city that welcomes them with open wings.

When we meet later for a drink, she is sheathed in a figure-hugging champagne- colored cocktail dress that I mistake for Alexandre Vauthier. “This is Forever 21,” she announces breezily. “I love pairing fast fashion with beautiful accessories.” Huddah loves local hot spots like Nobu Malibu and the Lone Wolf Cigar Lounge (she has her own line of flavored cigars—the band reads hbc, for Huddah the Boss Chick). “L.A. has become so international and so welcoming,” she says. “It gives me the chance to dress up. Every day is like going to an awards show.”

Mireya Rios is another Los Angeles denizen who has been following her passion to the fullest. Born to a distinguished real estate family in Monterrey, Mexico, she grew up surrounded by great masterpieces by the likes of Diego Rivera and Rufino Tamayo—her grandfather Benjamin Rios was a renowned collector of Latin American art. She was educated at Switzerland’s Le Rosey, which boasts a number of royal alumni and a winter ski campus in Gstaad, and later moved to New York to study acting at the Lee Strasberg Theatre & Film Institute, where she moved with a young jet-set crowd.

Hanging out with her friends the Brant brothers offered rarefied opportunities like going to Paris to try on clothes at the atelier of Azzedine Alaïa with their mother, supermodel Stephanie Seymour. “That was certainly one of the coolest experiences, to be among two legends,” Mireya tells me over the phone. “Azzedine was one of the greatest designers ever, and Stephanie is the nicest person. I don’t understand how you can look so beautiful and be so nice.” Our call keeps dropping, and the impeccably mannered Mireya keeps apologizing. It turns out she is on a yacht off the coast of St.-Tropez with a few of her boarding school friends.

Mireya has called L.A. home since 2016. While she certainly isn’t the typical struggling actress—she lives in a French Normandy–style home that once belonged to Marilyn Monroe—there have been challenges all the same. “I’m fortunate to have such a supportive family, but I’m on my own here,” she tells me over breakfast at the Chateau Marmont. “My family has no Hollywood connections.”

With her long brunette locks, anthracite- blue eyes, and air of unstudied elegance, the 29-year-old Mireya reminds me of a young Madeleine Stowe, and we talk at length about the problems of typecasting that actresses face in Hollywood these days. “Because of my name, casting agents want to send me to auditions for roles that call for a Latina woman. But when I get there, I’m told I don’t look Latina enough. Whatever that means! But I’m not going anywhere. If I make it at 40, that’s fine. I’ve never been a quitter.” I witness this resilience firsthand a few days later, during the photo shoot on the Venice Beach bike path. As cyclists whiz past, Mireya glides on roller skates in a Cinderella-pink Oscar de la Renta gown with a tulle train billowing behind her like a majestic sail. Suddenly she trips, skinning the palm of her hand. Without missing a beat, she picks herself up and keeps right on skating.

As the golden hour approaches and the last rays of sunlight glint across a garden near the beach, the ladies and I prepare for the final shot of the day. I’m seated on a wooden bench in my Etro dinner jacket with Adinda, Huddah, and Mireya flanking me in exquisite black dresses. “It feels like we’re in Charlie’s Angels,” says Mireya. Huddah winks at me: “Yes! You’re Charlie, and we’re your angels.” I’m not sure I have the chops to be Charlie, but I know that these women—who are trying to break down boundaries, trying to reinvent themselves, trying to live for their true passions—these are real-life angels, in the city that welcomes them with open wings.

GET THE LATEST ISSUE OF BAZAAR

This article originally appears in the September 2019 print issue of Harper’s Bazaar, available on newsstands August 20.

The Next K-Beauty: Meet The Newest Global Beauty Trends

The best shoe brands for a wardrobe update