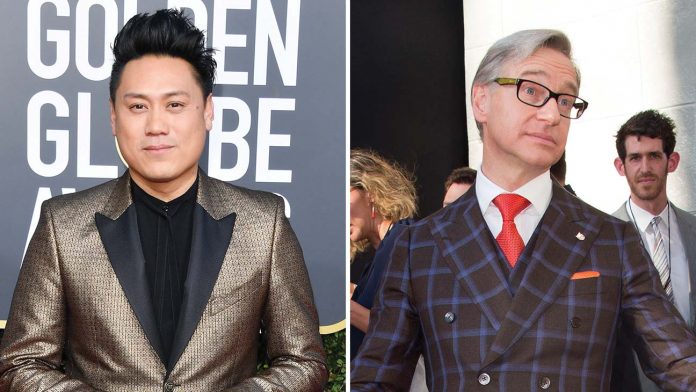 The helmers share their tips to always looking sharp, from go-to gurus and aesthetic favorites to their fashion philosophies: “If I’m showing up in sweatpants, it’s kind of like a ‘f**k you’ to actors.”

Tasked with making every decision about a film, it’s no wonder that Hollywood directors sometimes apply that same discerning eye to what they wear — sometimes even while filming.

Many legendary helmers wore a suit and tie while they worked, including Frank Capra, who often added a vest; Alfred Hitchcock, whose portly silhouette in a dark suit and tie and white shirt was instantly recognizable; and Stanley Kubrick, who adopted a ’60s Ivy League look in the first part of his career. Western auteur John Ford favored a tweedy sport jacket accessorized with a slouchy hat and often a rakish silk scarf tied at the neck.

But more recently, many directors — of both sexes — have adopted an undistinguished uniform of semi-athletic mufti and baseball cap. Yet there are still those who uphold a sartorial standard, both on-set and while promoting their movies.

To delve further into their fashion profiles and preferences, THR kicks off its Stylish Directors’ Questionnaire by enlisting two helmers justly known for dressing well. Crazy Rich Asians’ Jon M. Chu swings more outré on the red carpet, but his sartorial impulses started in childhood. Paul Feig, of the upcoming Last Christmas, is well-known for his daily uniform of bespoke suit, shirt and tie, whatever the activity. And on one thing they agree — it never hurts to be a snappy dresser.

What suit has garnered you the most positive response in Hollywood?

I wore a gold Givenchy suit to the Golden Globes and got a lot of reaction on the carpet, but the most response was for a custom suit made by a company called ESQ — started by an Asian American designer who DM’d me on Instagram. He made the suit lining pattern out of the Crazy Rich Asians logo. Every party I went to that night, people wanted me to open the jacket and take pictures with it. Talk about pride!

What was the best advice you’ve ever been given about how to present oneself in Hollywood?

Be respectful but not fearful.

Do you have a style guru whom you would recommend?

My secret weapon is my friend Liat Baruch, who is an absolute under-the-radar tastemaker in town. She makes sure whatever I choose to wear is on point, and if it isn’t, she brings a bunch of stuff over. Also she knows the best artisans in the city since she’s been here her whole life so I just follow her. My go-to hairdresser is Eleazar of Roil Salon in Beverly Hills, the only one I trust with my hair, and groomer Su Han of Dew Beauty Agency, who makes me look fresh when I haven’t slept.

What style challenge have you faced?

I used to take more chances when dressing. But when I started to make movies, I felt I needed to be more conservative at premieres. My first few were a bit safe. Then I realized, we’re in the entertainment biz! This is a movie we spent years of creative energy on, we should have fun on the carpet.

Who has great style in Hollywood?

Kirsten Dunst has the best taste of anyone I know, from what she wears to what she has in her house: effortlessly cool and timeless. Henry Golding’s sophisticated choices perfectly match his “other era” aura. I also really admire the style of Anthony Ramos, who is the star of my next film, In the Heights. He has an honest, sophisticated street style that feels both easy and precise.

What advice do you give for dressing or packing for film festivals?

Comfortable shoes are a must. And a great jacket for those cozy walks between screenings and parties.

What would you wear to an important meeting?

Nothing too fancy. My first internship was at a music video company called Oil Factory. I had no idea so I wore a suit and tie on my first day. I got so much shit from everyone, I promised myself to never overdress again to work.

Do you have a good-luck fashion charm?

I have a gold bracelet with a red string woven into it. I love it because it’s simple, but has a power in its subtlety.

Who in your family has influenced your style?

My dad and mom are style masters. They used to dress all us five kids the same, and we’d take elaborate family photos. My mom would literally say we were the Asian Kennedys. I think she thought she was Jackie. I wore white polo shirts most of the first 10 years of my life.

You wore some amazing watches on the Crazy Rich Asians press tour. Have you become a watch collector and, if so, which is your favorite?
I would say I’m just a beginner. But the more I learn, the more fascinated I am. My favorite is the Cartier Santos watch that my wife bought me for my wedding last year. It really means a lot to me.

Any “What was I thinking?” moments?

All the time. I met Steve Jobs at the Oscars once, and I happened to have a mohawk that year. So my one moment with Steve Jobs was ridiculous.

What suit has garnered you the most positive response in Hollywood?

I wear fabulous outfits every day, I’m very lucky, but my Isaia made-to-measure suit [in] a wild windowpane that I got for the Ghostbusters premiere. I have to have the right day to wear it, otherwise I look like the Joker walking around.

Honestly, I feel like the advice I’ve been given has been completely counter to what I believe. I was on a project, and had been wearing suits for a while. They didn’t want me to dress up [and] give the impression I was trying to outshine the actors. I don’t buy that at all. I think when I do this, it is honoring them respecting them as a professional. If I’m showing up in sweatpants, it’s like a “fuck you” to them. The first day, the actors said, “This is so nice, we love the way you look, it’s so respectful.” The crew guys were like, “Hey, man, it’s really great that you do this; it shows who’s in charge and respects the process.” So, I haven’t found much good advice on dressing from show business; it’s people in the style world who give me better advice.

Do you have a style guru whom you would you recommend?
For somebody with money, I would definitely say bespoke. I’m big on Anderson & Shepperd. I love the British style and they’re kind enough to tailor it a little slimmer than their house style for me. And the quality is amazing. For casual, it costs a fortune, but Brunello Cucinelli is always great. For shoes, I’m a big fan of George Cleverley out of London, they make really great bespoke and the ready-made ones are great. I have a narrow foot — Ferragamo, Testoni has always fit me great, Tod’s for more casual, and Tom Ford has a nice narrow fit. For ties, I’m a big Charvet and Turnbull & Asser fan, and they’re always bringing in new patterns that run the gamut from very classic to completely crazy.

Who has great style in Hollywood?

Chris Nolan always looks awesome. I like the way Darren Aronofsky dresses with his scarves and everything. I love the way Wes Anderson dresses. I love the idea of people who make the movies looking cool and professional. My touchstone has always been Marcello Mastroianni from 8 1/2.

What advice do you give about dressing or packing for film festivals?
My advice is always making sure you put a tuxedo in your bag. You just never know. Film festivals always have a level of glamor to them. Even if it’s not black tie, you can throw on a tuxedo jacket with no tie and a great pocket silk and that’s ultra-cool. And make sure it fits — I’ve seen more bad tuxedos in this business. Rule number one is get your pants hemmed to the right length.

What would you wear to an important meeting?

I don’t do anything not in a suit and tie. I want everybody to know who I am and to show off how I think. Sometimes I wonder on a younger-skewing project if I should dress young, and I think I would look like a fucking clown. It’s never bad to look good.

Do you have a good-luck fashion charm?
I have a signet ring that I always wear, it’s become sort of a talisman for me. I bought it right after Freaks and Geeks ended and I was in New York and wanted to give myself a treat. I went into Tiffany’s and found this white gold signet ring and went up to their engraving department and had the beautiful hand-engraving with my initials that takes a few weeks. I just love it and people have been commenting on it for the last 20 years.

Who in your family has influenced how you present yourself in the world?
My dad. He owned an army surplus store in Detroit and if you’ve ever been in a surplus store, there are boxes everywhere and it’s not high-end. For me, it was when you work as a man, you wear a suit and tie, that’s the uniform. And when I became a professional writer and was considered a professional director, it was, “Okay, now that I’m going to work, I should wear the uniform.”

Have you ever had a “What was I thinking?” moment?
Years ago, GQ and Esquire were selling this trend that was khakis with a shirt and tie and then a jeans jacket on top of it. So I put that look together and thought I looked cool. And I went to get lunch and the guy at the counter who was middle aged like me says, “You’ve got to work today, huh?” And I realized I looked like someone who worked at Comp USA and only had to put a tie on for work. What I learned is you have to look at your head in the mirror sitting on top of that “young” outfit.

Do you ever regret wearing a suit?

Only when it’s broiling outside. But I’ve got seersucker suits, linen suits, and I think I’m still as cool in those. I will give myself the option to loosen my tie occasionally, but that’s the only time.

This story first appeared in the Oct. 9 issue of The Hollywood Reporter magazine. To receive the magazine, click here to subscribe.

“Black Girls Have Been Magic Forever”

This alternative platform brings creatives and models under one roof

This Bag Is Worth 50,000 Rupees And It Literally Looks Like A Lota