Home Street Style Everything you need to know about New York, London, Milan and Paris... 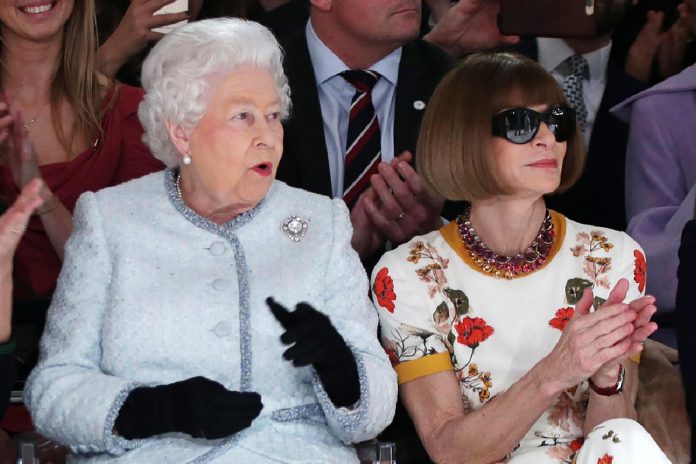 To the uninitiated, fashion month might seem like a crazed cacophony of stomping stilettos, clinking champagne flutes, and roaring hairdryers. Well, it kind of is.

But underneath the veil of glamour and frivolity lies a very real and economic purpose: to showcase the latest contributions to a $385.7bn (£298bn) global industry.

Each city has its own distinct identity and aestheti. Where some uphold the establishment, such as Chanel and Louis Vuitton, whose collections have been showing in Paris for decades, others champion emerging talents, think Central Saint Martins graduate Matty Bovan, who now shows in London.

Here is everything you need to know about fashion month, from who attends and why it matters to what each of the cities are known for.

What is fashion month?

Fashion month is a four-week period that happens twice a year in February and September, during which designers showcase their collections for the season ahead.

It began as a trade event in New York in 1943, but has since evolved into an all-encompassing sartorial spectacle that now involves celebrities, influencers and eye-watering budgets.

As per tradition, things routinely kick off in New York before moving onto London, Milan and Paris.

The clothes showcased at fashion week set the trend agenda for the following months.

Everything you see in fashion magazines and on the shelves of high street shops will, most likely, have been influenced by what was on display during the previous fashion month.

What’s the difference between the February and September shows?

This is to give the buyers and editors in attendance enough time to choose what they want to purchase or feature before the clothes arrive in stores.

The shows themselves usually last no longer than 10 minutes, but presentations (which give guests the opportunity to peruse collections in an exhibition-like setting) can last a few hours.

Last season, Victoria Beckham made her London Fashion Week debut (she normally shows in New York) and in addition to hosting a runway show, the designer also held a presentation at members-only club Annabel’s.

Despite its stratospheric impact, fashion month remains an invite-only event.

The front row is usually made up of the most important editors, buyers and influencers, while other industry players typically fill up the rows behind.

But there are still plenty of parties, shop openings and events that people can buy tickets to. In London, for example, there’s London Fashion Week Festival, which is organised by the British Fashion Council and takes place immediately after fashion week.

Catwalks, talks with industry insiders and exclusive shopping events are on offer, giving fashion fans an insight into what fashion week is all about.

It’s normally the longest out of all the fashion weeks, with a jam-packed schedule including highlights such as Tom Ford, Ralph Lauren, Oscar de la Renta, Marc Jacobs and Coach.

There are, however, some notable absences this season. Calvin Klein, usually one of the most highly anticipated shows, will be taking a break from the runway following the departure of the brand’s chief creative officer, the inimitable Raf Simons.

Shows take place all around the city, but there is a central hub in Soho where there are regular shows happening throughout the week.

Over the years, the event has become defined by its juxtaposition of established brands (Burberry, Roksanda, Erdem) and up-and-coming names (Matty Bovan, Halpern, Richard Quinn).

The majority of events used to take place at Somerset House, but LFW’s home has moved down the road to 180 Strand.

Though, like with New York, designers often choose to host their shows in various locations across the capital, leaving the hub a space reserved for hosting designer showrooms and a number of low-key shows.

Erdem, for example, famously transformed the Old Selfridges Hotel into a backstage theatre set for its autumn/winter 2016 show.

Milan offers some of the most elaborate and entertaining fashion shows around, with designers like Gucci, Dolce & Gabbana, Fendi, Versace and Prada putting all the stops out to contextualise their weird and wonderful sartorial visions.

It attracts a high calibre of spectators too, with recent attendees including Cate Blanchett, Julianne Moore and Cindy Crawford.

The street style is also particularly eye-catching, often spawning a whole other set of agenda-setting trends.

Everything comes to a head in Paris, which is by far the grandest of all the fashion weeks due to the calibre of brands who show there.

Dior, Louis Vuitton, and Chanel, are some of the oldest fashion houses in the business, and their runway shows reflect that, often paying homage to their rich histories and even richer aesthetics.

Set-wise, the Paris shows typically boast the most opulent runway locations too. Last year, for example, Chanel turned the Grand Palais into a mythical woodland for its autumn/winter 2018 show while Saint Laurent had its models walk on water underneath the lights of the Eiffel Tower.

This year, it all starts on Monday 25 February.

Girl, four, with Down’s syndrome steals the limelight at fashion show for disabled models in Malta