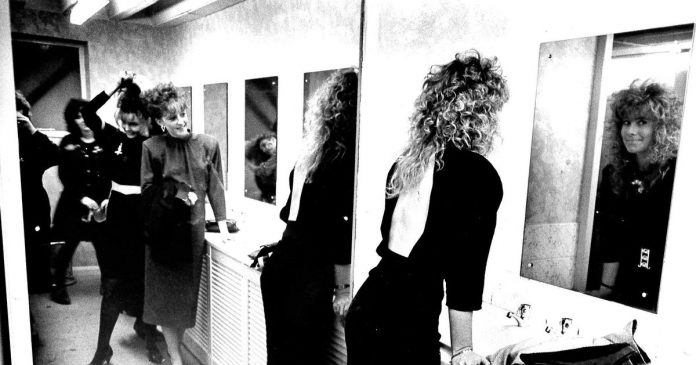 When it comes to fashion, Liverpool has always offered a distinct style.

From a casual and street style to sportswear and retro, the city has always differentiated itself by setting the bar high.

It’s no wonder people from Liverpool have always had a reputation for looking their best.

The music scene, so ingrained in Liverpool’s past has also played its part in creating the culture of the city we all love today.

The trends and craze s around some of the city’s youth culture and popular music icons have provided an explosion of essential, must have, vintage and modern clothing often found in the next big thing’s wardrobe.

This week’s Memory Lane, The Way We Looked is packed with precious memories and iconic stories from our past featuring images of fashion, trends and youth culture.

If you recognise any of the people in these historic photographs let us know in the comments.

In one picture, David Essex performs at The Liverpool Empire, November 11, 1974.

Another shows Pete Burns, singer of pop band Dead or Alive, May 1981.

A third shows Jean Rogers, 23 of Liverpool who won the first heat in the Miss Blackpool £1,000 bathing beauty contest in an old swimsuit after hitch-hiking from Liverpool, June 14, 1956.

Meanwhile in August 1973 Liverpool players are pictured getting spruced up for the new season as they open a new hair salon in Walton and receive a free trim for their trouble.

See old photographs from your area by entering your postcode below:

An additional selection of pictures from this week’s edition will be printed in Tuesday’s (February 23) newspaper.

Make sure you don’t miss out by subscribing to the Liverpool ECHO here .

Part One – The Way We Cared’ looked back at NHS heroes and carers down the decades, whilst Part Two – ‘The Way We Played’ shows sporting memories to treasure. Part Three – The Way We Worked shows working life dating back to the 19th Century. Part Four – Where We Lived highlights landmarks, buildings and streets of Merseyside through the decades.

The Gender Reveal That Doesn’t

Elaine Welteroth on the allure of success, the depth of burnout and recovering from both

Get Your Front Row Seat to Virtual Fashion Shows

No bail for Vic man over mass kill threats