Home Trends Fashion’s Use Of The Term ‘Urban’ Is Problematic, Here’s Why We Should... 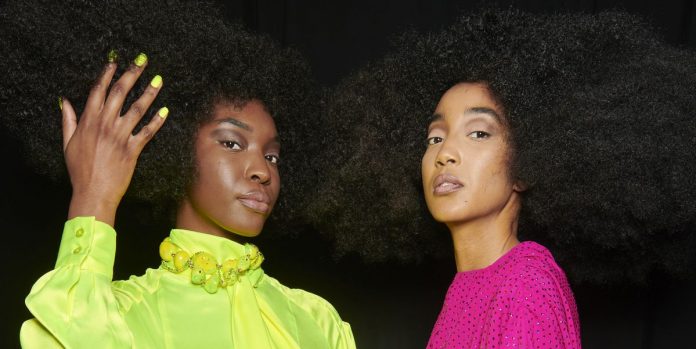 Two definitions are offered up by the Oxford Languages dictionary for the word ‘urban’. The first being: ‘a characteristic of a town or city,’ and the second: ‘in relation to a popular dance music associated with Black performers.’

Streetwear is seen as a combination of the two: an aesthetic popular in cities, reflecting the lifestyles and attitudes of people who live in them, while also owing itself completely to Black American culture, its history rooted firmly in hip-hop and rap. This blending of definitions has had tricky consequences though, especially when it comes to the fashion industry.

For example, the word ‘urban’ has now become a lazy (perceptually politically correct) substitute term for ‘Black.’ And despite its wide acceptance as a synonym, it carries with it all the same racial stereotypes and negative connotations as often plague definitions of Blackness, in the hands of the wrong people. So when the phrase was adopted in relation to fashion, it was ripe for problematic misuse.

Now, in certain contexts, ‘urban’ can make sense. When going by the term’s literal definition, it can mean ‘style of the streets.’ Therefore, when looking at streetwear brands and pieces such as a logo-embossed sweatshirt, or bright jersey sweatpants, dubbing them ‘urban’ isn’t farfetched.

But equally, there is a new, warped definition correlating solely with Blackness, which we need to unpack.

‘Being a Black beauty journalist, I’ve often heard the term “urban” being used to describe a hair or fashion look, particularly backstage at fashion week,’ says award-winning journalist and diversity advocate, Ateh Jewel. ‘My white husband grew up in Central London like me, but has never been described as urban. The subtitles are always that urban means Black.’

The problem with the term being bandied about in the fashion industry as, what feels to many, a stand in for ‘Black,’ is that its literal meaning is lost, and the word quickly becomes derogatory.

So we have to acknowledge that dubbing a fashion brand or Black designer ‘urban’ can be detrimental to them, due to its negative undertones. Zadrian Smith, international fashion director, agrees. ‘I feel like the luxury fashion sector has never equated Blackness with luxury. That’s why it’s been notoriously difficult for Black artists to be dressed by luxury brands. Similarly, Black magazines [haven’t been designated as ‘luxury’ titles]: you could be styling Regina King for the cover of Essence or Ebony, but be told by a luxury fashion brand that that sort of ‘urban’ market isn’t right for them.’

If luxury brands aren’t keen on being made available to what they’d dub an ‘urban’ audience, then one might presume that means its customers aren’t keen on an ‘urban’ (in its literal sense) aesthetic. Going by current luxury collections – which often draw heavily from city lifestyles, streetwear and Black culture – this doesn’t appear to be the case, which further makes the point that the term ‘urban’ has been misappropriated; used to denote something unfavourable. It’s the Black audience that these brands seem to be rejecting, not the design concept.

So in the instance of Black designers, or Black-owned brands, labelling them ‘urban’ (particularly when their collections have nothing to do with streetwear or music) pigeon-holes them as suitable only for ‘urban’ customers, incorrectly viewed as low-income, typically Black and somehow objectionable.

When Rihanna won ‘Urban Luxe Brand of the Year’ at the Fashion Awards 2019 for her new clothing line Fenty, some saw it as a back-handed compliment. Her three to four-figure price points and high-end craftsmanship were in line with the labels in the ‘Designer of the Year’ or ‘Brand of the Year’ categories, so Fenty could easily have been measured against its luxury peers. Instead, a brand new category was afforded to it. We can acknowledge that it’s brilliant that Rihanna – a young artist and the first LVMH-backed Black woman – won an award at all. After all, only a handful of Black women have won awards in the ceremony’s 30 year history. But we can’t ignore that recognising it in this way appeared tokenistic. It was felt that ‘urban’ (which the brand notably doesn’t call itself) subtly reminded her to stay in her lane.

Rihanna and Donatella at the Fashion Awards 2019

‘When I think of Black fashion, the words ‘modern, contemporary, forward-thinking and avant-garde’ all spring to mind, but instead, the inaccurate description of ‘urban’ is always pushed,’ confesses Smith. ‘While that term is still rooted in ‘ghetto’ and a certain demographic, and not used to celebrate our inspirational and influential culture, it’s detrimental to a brand. People need to expand their knowledge: Black fashion culture is more than just hip-hop.’

But while we’re on those tropes of Black culture, as I alluded to before, hip-hop and street-chic have been adopted by a host of fashion’s most valuable brands. Current offerings from Fendi, Valentino and Gucci feature logo-embossed track pants, puffer coats, ‘It’ trainers, and heavy gold jewellery, all of which are synonymous with typical urban style. But these design houses aren’t called ‘urban’. The designs flourish in the luxury sector, appealing to a mass and moneyed market, all without bearing the weight and negative undertones of that particularly loaded two-syllable word.

‘I think the use of the word in fashion is irrelevant,’ confirms Macdonald. ‘Black people come from a variety of backgrounds: we don’t represent a ‘ghetto’ or criminal demographic, and, like all other races, we deserve to be seen as the individuals that we are.’ Her thoughts are mirrored by Jewel: ‘The term makes my skin crawl and has long been a safe way for some people to label, patronise and culturally appropriate.’

We’re at a propitious moment in time and history. We are experiencing a movement for change, challenging the status quo when it comes to the perception of Blackness. It’s the right time to readdress the word ‘urban.’ It’s current use is lazy and out of context in fashion and to brands and designers designated the ‘urban’ tag, it constitutes a glass ceiling. For them and the fashion industry at large to thrive, we need to be removing these kinds of obstacles.

This content is created and maintained by a third party, and imported onto this page to help users provide their email addresses. You may be able to find more information about this and similar content at piano.io